Where in Las Vegas, Nevada in 1958 were Paul Newman and Joanne Woodward married?

Paul Newman and Joanne Woodward were married at the El Rancho Vegas in 1958. The wedding was held in the suite of (and completely paid for by) the casino's owner at the time, Beldon Katleman. The couple waited for Newman's divorce from his first wife to be final before they headed to Las Vegas to be married in January 1958. After the marriage ceremony, they headed for London, England and honeymooned in the London’s Connaught Hotel.

After their marriage, over the course of the next five decades, Newman and Woodward lived and worked together making critically acclaimed and commercially successful movies. They celebrated their 50th wedding anniversary in January 2008. Later that year, Newman was set to direct a stage production of John Steinbeck’s Of Mice and Men at the Westport Country Playhouse in Westport, Connecticut, where Woodward was the artistic director. He withdrew from the production in June, citing health reasons. It was later reported that he had been diagnosed with lung cancer. Newman died on September 26, 2008, at the age of 83.

Today, Joanne Woodward is still working; she was the voice of Doris in the 2013 film, Lucky Them, an American comedy-drama film directed by Megan Griffiths. 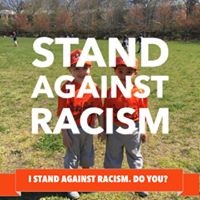 Rhoda Welker Adam
I also read, last year, about her Alzheimer&#39;s. Her daughter said she remembers being married to &quot; a very handsome man.&quot; They were so good together. I had a major crush on him as a young teen.

wexlerbob
I think El Rancho was the only one of those mentioned that existed in 1958. Not quite sure about Caesars.

flanderschristy
Teri Gallagan-Horning, What a great story! Thank you for sharing.

Teri Gallagan-Horning
One of the nicest people I ever had the chance to meet. I met him at an Indy Car race in Nazareth, Pa. It was quite cold &amp; I was in the pit of a competitor driver &amp; unable to return to our car to get my jacket. Mr. Newman (he sponsored Mario Andretti that year) was in the pit next to mine &amp; offered me his jacket because he had a team jacket he could wear. After the race, I went &amp; found him to return the jacket. He was surprised to see I had returned it. I told him my father would have killed me if I didn&#39;t ( my father was in law enforcement)! Later that year, he autographed a picture my husband had taken of Mr. Newman &amp; I to thank me for my honesty. Carol Lee
Joann is no longer working she is in the early stages of Alzheimers and being cared for by her daughters in her home at Westport. dlh
I also liked this question.

Helen LoBosco
They were good people. If Joanne has Alzheimer&#39;s, it is a blessing.

Joanne Serin
Diane Smith, if you don&#39;t care, then you shouldn&#39;t be playing trivia.

Joanne Serin
Stephen Liebman, it&#39;s just trivia, so almost anything goes. And it&#39;s interesting, though sad, to learn about her situation now, not offensive.

Joanne Serin
wexlerbob, 1966, I think. Could you be my cousin Bob in Temecula?

Joanne Serin
The other hotels hadn&#39;t been built yet. This question would have been more challenging if the asker gave names of other hotels that were there then, such as the Riviera, Sands, Tropicana, Flamingo, or Golden Nugget.

Laurie Bowman
How can you not like this question it was about a wholesome couple that were married over 50 years. How often does that happen these days?
Author:
E11-Hitman
Writer