Where, in London, were the Kray twins born?

Haggerston is a locale in East London, England, centred approximately on Great Cambridge Street (now renamed Queensbridge Road). It is within the London Borough of Hackney and is considered to be a part of London’s East End. It is about 3.1 miles (5 km) northeast of Charing Cross.

Adrian Fisher
Wikipedia should never be taken as gospel!

Denise Currie
Address of the Krays at birth: 159 Hoxton Street, Hoxton London. Which is a borough of Hackney and as part of Shoreditch is considered to be part of the East End of London. Where did Haggerston feature please?

Alan Waites
The Blind Beggar make a lot of money on the back of The Krays. 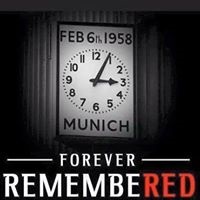 Alan Cardin
They were born in Hoxton / Hackney. Where do you get the answers from?
Author:
Stevie G
Writer