Where in the United States would the town 'Deadwood' be found?

Deadwood (Lakota: Owayasuta, "To approve or confirm things") is a city in South Dakota, United States & the county seat of Lawrence County. It is named after the dead trees found in its gulch.

Deadwood was established in 1876 during the Black Hills gold rush. In 1875, a miner named John B. Pearson found gold in a narrow canyon in the Northern Black Hills. This canyon became known as "Deadwood Gulch," because of the many dead trees that lined the canyon walls at the time.

History of Deadwood, SD...That's where they came across a gulch full of dead trees & a creek full of gold...Deadwood was born...Deadwood has survived three major fires & numerous economic hardships, pushing it to the verge of becoming another Old West ghost town.

tgthomas
DEADWOOD can also be found in the Federal Government in Washington DC. 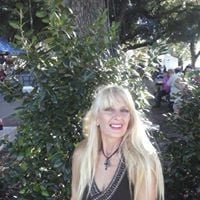 pdawnboyer
Isn&#39;t that where Wild Bill was shot in the back playing poker?

ldross
pdawnboyer, yes... Holding Aces and Eights, now known as the dead man&#39;s hand by Jack McCall. Killed in the Old Style #10 Saloon, which is still in operation but across the street from original location.

Jim Kepler
Maybe it’s bad luck is because after after we gave the land as a reservation land, we realized it had gold on it and stole it back from the tribes. Karma coming due

ldross
Nice little town. It has gone through many iterations in the last 150 years. Mining town, lumber related businesses, tourism, winter sports, and for the last 30+ years, legalized gaming. Used to stop at restaurants there in mid 70&#39;s after skiing, nice and mellow back then. Now just as nice and many buildings and streets have been preserved thanks to gaming and tourism money. 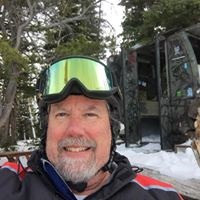 Pete Soper
There is also one in Oregon, between Eugene and Florence Joseph A. Robitaille
In my living room, I think. A good town to visit. Dan McIntyre
I went there once. If you love the Old West, you should go there. Not hard to find. Half way between Rapid City and Sturgeus. They have a good museum and kiosks throughout the town telling you the history of the area. Mount Moriah Cemetery is equally nice. Say Hi to Wild Bill and Calamity!
Author:
DHL
Writer