Where was Coco Chanel born?

Gabrielle Bonheur "Coco" Chanel (19 August 1883 – 10 January 1971) was a French fashion designer, Nazi spy and businesswoman. The founder and namesake of the Chanel brand, she was credited in the post-World War I era with liberating women from the constraints of the "corseted silhouette" and popularizing a sporty, casual chic as the feminine standard of style.

A prolific fashion creator, Chanel extended her influence beyond couture clothing, realizing her design aesthetic in jewellery, handbags, and fragrance. Her signature scent, Chanel No. 5, has become an iconic product. She is the only fashion designer listed on Time magazine's list of the 100 most influential people of the 20th century. Chanel herself designed her famed interlocked-CC monogram, which has been in use since the 1920s.

Gabrielle Bonheur Chanel was born in 1883 to Eugénie Jeanne Devolle—known as Jeanne—a laundrywoman in the charity hospital run by the Sisters of Providence (a poorhouse) in Saumur, Maine-et-Loire, France. She was Jeanne's second child with Albert Chanel; the first, Julia, was born less than a year earlier. Albert Chanel was an itinerant street vendor who peddled work clothes and undergarments, living a nomadic life, traveling to and from market towns. The family resided in rundown lodgings. In 1884, he married Jeanne Devolle, persuaded to do so by her family who had "united, effectively, to pay Albert.

Keith Richard Mears
Strange how the &quot;Nazi spy&quot; was completely omitted from the explanation?

Player
Darlene Davidson, I do not need a little black dress in fact I havent even worn a skirt in nearly 30 years and that is very close to my actual age.

Cheryl McMeekin
I missed this one.

Gary McLean
Shows you how a good a spy she was

linda ergo
What about the Nazi spy part? Poor explanation to all that was ascribed to her life. Could have been a great article. 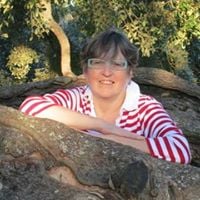 Julia Brandenburg
I just watched the 2009 movie Coco before Chanel. Definitely worth watching.

Greg Hirst
Keith Richard Mears, I read some years back she was anti-semetic... Sindy Kimmis Farris
Colin McPherson, In the book “Sleeping with the Enemy: Coco Chanel’s Secret War” by Hal Vaughan, he says Chanel collaborated with the Nazis in Paris, had an affair with a master spy and worked with the German military intelligence service and Himmler’s SS.

Sindy Kimmis Farris
kpkennedy, I believe he meant that the explanation about her being a Nazi spy was omitted. It was mentioned, but no details followed.

kpkennedy
Keith Richard Mears, It is in the first line. Unless they added it after you put your comment up

Colin McPherson
As Keith says,- was she a spy FOR the Nazi&#39;s, or against? I assume against.

dsneed
tesla alset, She was a fascinating person. Thank you for your input. Dianne 💋😊🌼💕💖