Where was Spandau Prison located?

Spandau Prison was located in the borough of Spandau in western Berlin. It was constructed in 1876 and demolished in August 1987 after the death of its last prisoner, Rudolf Hess, who had died from a suspected suicide aged 93, to prevent it from becoming a neo-Nazi shrine. The site was later rebuilt as a shopping centre for the British forces stationed in Germany.

The prison, initially designed for a population in the hundreds, was an old brick building enclosed by one wall 4.5 m (15 ft) high, another of 9 m (30 ft), a 3 m (10 ft) high wall topped with electrified wire, followed by a wall of barbed wire. In addition, some of the sixty soldiers on guard duty manned 6 machine-gun armed guard towers 24 hours a day. Due to the number of cells available, an empty cell was left between the prisoners' cells, to avoid the possibility of prisoners' communicating in Morse code. Other remaining cells in the wing were designated for other purposes, with one being used for the prison library and another for a chapel. The cells were approximately 3 m (9.8 ft) long by 2.7 m (8.9 ft) wide and 4 m (13 ft) high. 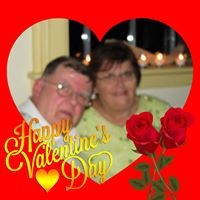 deborahpmercer
We will probably never know what was behind the mission. I think it entirely right he should have been punished, but keeping him there until extreme old age (apart from anything else at massive cost) was neither humane nor sensible.

jimfish
Carroll Price, Hess personally assisted Hitler in designing the final solution for the murder of the Jews as described in Hitler&#39;s book,Mein Kampt.

jimfish
Conspiring with Hitler on the FINAL SOLUTION qualifies him as one of the worst Nazis ever.Dont ever forget it.

jimfish
He was a terrible nazi.He assisted Hitler in writing Mein Kampt,the book of design for the Jewish solution.

Constant neon turnip
Christina Birnie, why is that sad? He still deserved to be punished for what he did.

Mr.LaFaye
Carroll Price, You are so messed up. I hope you read what Alane Holmes Nuzum wrote Seriously I cannot believe anyone short of a Neo-Nazi Skin Head would make that comment... Freaking Hess was lucky, he should have been shot and sent back to Hitler.

DIVER DEAN
Carroll Price, The &quot;peace&quot; offering was conditional upon England joining with Germany against Russia.

DIVER DEAN
For some reason I thought it was in France. Don&#39;t know why.

allysweets
Carroll Price, o my goodness, with all due respect, you do need to pick up a book on this subject.

Alane Holmes Nuzum
Carroll Price, Are you serious?? 70 years of Allied propaganda?? I guess it was all in their imagination when Germany invaded Poland, Austria, France, etc and dropped countless bombs on England during the Blitz... Not to mention the torture, starvation and systemic murders of the Jewish people in Germany and so many other European countries! No, Germany never sought or desired a war with England... they only sought to march in and take over England as easily as they took over the rest of Europe without a fight. Thank God for Winston Churchill and England’s will to stand up to Adolf Hitler, the crazed maniac! Truly unbelievable to see that kind of statement being made in this day and time... I would like to know what kind of “Propaganda” you have been reading. Your ridiculous statement should be blocked from this site!

Carroll Price
The only crime Rudolf Hess committed, was delivering an offer of peace from Adolph Hitler to Winston Churchill. For which &quot;crime&quot; he remained isolated in prison for the remainder of his life to prevent him from revealing to the world, and thus up-ending 70 years of Allied propaganda, that Germany never sought or desired a war with England.

Mr.LaFaye
Captain Bob III, You are truly a sad person. I pity you.

Char
tbear, I forget to read sometimes and Tesla will write something and I&#39;ll go back and read some very interesting info on something I thought I knew all about..thanks to Tesla
Author:
David Wilkes
Writer