Where was the late musician Joe Strummer born?

John Graham Mellor (1952 –2002), known from May of 1975 as Joe Strummer, was a British musician, singer, composer, actor and songwriter who was the co-founder, lyricist, rhythm guitarist and co-lead vocalist of the 'Clash', a rock band formed in 1976 as part of the original wave of British punk rock.

Their second album, 'Give 'Em Enough Rope' (1978) reached number 2 on the UK charts. Soon after, they achieved success in the US, starting with 'London Calling' (1979), and peaking with 1982's 'Combat Rock', reaching number 7 on the US charts and being certified 2× platinum there.

Strummer's career included stints with the 101ers, Latino Rockabilly War, the Mescaleros, and the Pogues, in addition to his own solo music.

His work as a musician allowed him to explore other interests, including acting, creating film scores for television and movies, songwriting, radio broadcasting, and as a radio host on the BBC Radio show London Calling.

Strummer and the 'Clash' were inducted into the Rock and Roll Hall of Fame in January 2003. In his remembrance, Strummer's friends and family established the Joe Strummer Foundation, a non-profit organisation which gives opportunities to musicians.

Denise Currie
Mary Jayko Newton, He is British, his mother was Scottish and his father English. His father was a secretary in the British foreign services stationed in Ankara at the time of his birth

Denise Currie
Glenn O Neill Kane, I liked them too but not my favourite

Denise Currie
Howard Groopman, I knew this one and about Freddie Mercury too

Howard Groopman
Should have known England would be too obvious. I wonder how many know that Freddie Mercury was born in Zanzibar. Mary Jayko Newton
He looked British to me. Oh well. 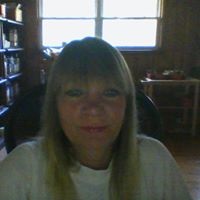 Richard G Schwartz
How did he die?