Which archaeologist discovered the first fragments of the Piltdown Man?

The Piltdown Man was a paleoanthropological fraud in which bone fragments were presented as the fossilised remains of a previously unknown early human. The falsity of the hoax was demonstrated in 1953. An extensive scientific review in 2016 established that amateur archaeologist Charles Dawson was its likely perpetrator.

In 1912, Charles Dawson claimed that he had discovered the "missing link" between ape and man. In February 1912, Dawson contacted Arthur Smith Woodward, Keeper of Geology at the Natural History Museum, stating he had found a section of a human-like skull in Pleistocene gravel beds near Piltdown, East Sussex. That summer, Dawson and Smith Woodward purportedly discovered more bones and artifacts at the site, which they connected to the same individual. These finds included a jawbone, more skull fragments, a set of teeth, and primitive tools.

Chandran David
HOAX to the core !

carlthedad
Truth is that pretty much all the so called early human apeman skeletons are full of fake fraudulent bone structures. 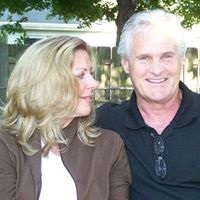