Which assassin served in the U.S. Marine Corps before renouncing his US citizenship?

Lee Harvey Oswald is the assassin who served in the U.S. Marine Corps before renouncing his US citizenship. Oswald had been in the Marine Corps from October 1956 until September 1959. He received a hardship discharge from active service, claiming his mother needed care. He was placed on the United States Marine Corps Reserve.

In October 1959, Oswald traveled to the Soviet Union just before he turned 20 years old. At that point, he directly informed Soviet officials of his desire to become a Soviet citizen.

On October 31, Oswald appeared at the United States embassy in Moscow and declared his desire to renounce his U.S. citizenship. He said, "I have made up my mind. I'm through." He also told the U.S. embassy interviewing officer, Richard Edward Snyder, that "he had been a radar operator in the Marine Corps and that he had voluntarily stated to unnamed Soviet officials that as a Soviet citizen he would make known to them key information which he possessed concerning the Marine Corps and his military job speciality. He intimated that he might know something of real special interest." Such statements led to Oswald's hardship/honorable military reserve discharge being changed to undesirable.

The defection of a former U.S. Marine to the Soviet Union was reported on the front pages of many American and foreign newspapers. Big coverage lasted for several weeks at the end of October and the start of November 1959.

earlepg
A 20-year-old thinking he knows everything of importance. 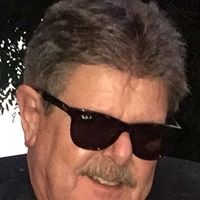 Danny Lynch
Oswald tried to renounce his citizenship in the US consulates office in Moscow. They steered him away from that choice. He was working in a television set factory and receiving money from the American Red Cross. His job in the marines was to track U-2 flights from Hawaii as they flew over the USSR. Some say he an operative. Great Read ‘The Oswald Files,” a 400 Page in depth look at the greatest coup ever pulled.

Ken Putnam
Johnny Rock, Marksman is the lowest qualification in the Marine Corps

goosenbuster
larrywagner, would you stop please. Your annoying, insulting and too full of yourself

Johnny Rock
I think Oswald worked alone in shooting JFK. It was an incredibly lucky moment in history when a trained marksman focused all of his training and his sights on a beloved American war hero, in this case the President of the United States, and was able to pull off two rounds that mortally wounded President Kennedy. He would have been paid handsomely by whoever set it up, had he been able to get away. No doubt!