The Accipitrinae are the subfamily of the Accipitridae often known as the "true" hawks, including all members of Accipiter. The large and widespread genus Accipiter includes goshawks, sparrowhawks, the sharp-shinned hawk and others. They are primarily woodland birds that hunt by sudden dashes from a concealed perch, with long tails, broad wings and high visual acuity facilitating this lifestyle. In light of recent genetic research, the kites of the traditional subfamily Milvinae may also belong to this group.

Hawks, including the accipitrines, are believed to have vision several times sharper than humans, in part because of the great number of photoreceptor cells in their retinas (up to 1,000,000 per square mm, against 200,000 for humans), a very high number of nerves connecting the receptors to the brain, and an indented fovea, which magnifies the central portion of the visual field.

Lynne Zeman
Could not really tell which type of hawk was on the pic but the head is unmistakeable. Another way to identify a hawk in air is the wings span. They have blunt arced wings rather than the tapered wings of various Eagles. Loved birds for a very long time.

Carl Belken
I used to see a hawk that would perch in my yard close to the birdfeeders. I soon learned that it was not after birds, or even the squirrels that fed on the seeds that dropped to the ground. It was after the mice who&#39;d visit the feeders too. When I saw it catch mice, it became a welcome visitor to our yard. It showed no interest at all in my miniature dachshund or my cats. One day it let me approach to within 10 feet before it unhurriedly flew away. I&#39;d bet it was raised in a shelter or had been owned by a human in it&#39;s past. Kevin Fox
What? What’s that have to do with a hawk?

D C
No hawks in Australia. Plenty of eagles (including the world&#39;s biggest) and kites and many other raptors, but no hawks.

Irene Townsend
Lynne Zeman, There are also a lot smaller wing span than a Eagle, though almost just as beautiful

Julie Brosz-Turney
Looks like a Harris Hawk to me. I&#39;ve photographed several of them on my property.

allysweets
Jaimi McEntire, there’s no way for you to know that from the picture given

Teri Gallagan-Horning
Actually...the bird in the picture is a male peregrine falcon. Falcons are smaller than a hawk &amp; have the greyish blue feathers. 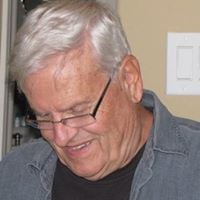 dsneed
I decided to over simplify my decision. If it looks like a hawk, then it is a hawk. Yay me.

pamela h
The beak gave it away