The Airedale Terrier, also called Bingley Terrier and Waterside Terrier, is a dog breed of the terrier type that originated in the valley of the River Aire, in Yorkshire, England.

It is traditionally called the "King of Terriers" because it is the largest of the terrier breeds. The Airedale was bred from the Old English Black and Tan Terrier (now known as the Welsh Terrier), the Otterhound and probably some other Terrier breeds, and has contributed to other dog breeds, such as the Yorkshire Terrier.

Originally bred to serve as a versatile hunting and all around working farm dog, in Britain this breed has also been used as a war dog, guide dog and police dog. In the United States, this breed has been used to hunt big game, upland birds, and water fowl, and serve in many other working capacities.

The Airedale is the largest of the British terriers. They weigh 19–25 kilograms (42–55 lb) in fit condition and have a height at the withers of 58–61 centimetres (23–24 in) for males, with females slightly smaller.

The Airedale has a medium-length black and tan coat with a harsh topcoat and a soft undercoat. They are an alert and energetic breed, "not aggressive but fearless." Carol Sherwell
love them.... they are wonderful companions. &lt;3

hector tubens
Blaze sure loves dogs with her questions on them.

Larry Hughes
Couldn’t miss that one, got one annoying the crap out of me!

Sue Grayson
And another dog question. Two just in this quiz. So far.

Comniní Tsinari
I would like to bump into a Schnauzer question here sometime....

Richard G Schwartz
An ad from a law firm wanting folks who have been bitten by a dog show up every time a dog question shows up.

Joseph A. Robitaille
My daughter and son-in-law had them. A very intelligent dog.

Lynne Cage
I still have my Airedale terrior toy, about 60 yrs 😊

Grant McIntosh
I&#39;ve just had 4 questions in a row, asking which dog is this. with a picture of an obvious breed. What the f*** is going on ? 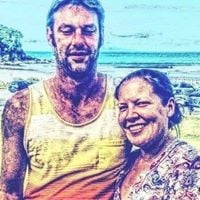