The Whippet is a dog breed of medium size. They are a sighthound breed that originated in England, where they descended from Greyhounds. Whippets today still strongly resemble a smaller Greyhound.

Part of the Hound group, Whippets have relatively few health problems other than arrhythmia. Whippets also participate in dog sports such as lure coursing, agility, and flyball. The name is derived from an early 17th-century word, now obsolete, meaning "to move briskly".

Whippets were bred to hunt by sight, coursing game in open areas at high speeds. There are numerous representations of small greyhound-like hounds in art dating back to Ancient Egyptian times.

In medieval England, a small Greyhound breed became popular for use as a ratting dog, the first written English use of the word Whippet with regard to a type of dog was in 1610. Whippets were commonly known as "snap dogs" for their tendency to "snap up" nearby prey.

Whippets are quiet and not prone to barking, but require regular exercise. They are generally gentle dogs and may be content to spend much of the day resting. The AKC describes them as "quiet and dignified in their owner's living room" and says they make "excellent house dogs.

Sally Downie
You moan about the Dog questions but still play them, if they bothered you that much, why don&#39;t you change the question and give the rest of us a break from your whingeing??

Paul Vickers
Poor man&#39;s Greyhound they call them too. Remember my uncle having one,

david dunbar
Photo would be much improved without the human interference.

docluci
Easy answer as I know most dog breeds! 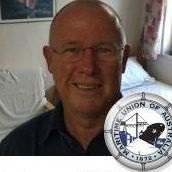 carlthedad
Finally got one with a picture. Guess what I knew the breed.