The Rottweiler is a breed of domestic dog, regarded as medium-to-large or large. The dogs were known in German as 'Rottweiler Metzgerhund', meaning Rottweil butchers' dogs, because their main use was to herd livestock and pull carts laden with butchered meat to market.

This continued until the mid-19th century when railways replaced droving. Although still used to herd stock in many parts of the world, Rottweilers are now also used as search and rescue dogs, as guard dogs, and as police dogs.

The Rottweiler is one of the oldest of herding breeds, known as a mastiff-type dog that was a dependable, rugged dog with great intelligence and guarding instincts.

During their quest to conquer Europe, the Roman legions traveled in large numbers across the continent. The lack of refrigeration meant soldiers brought herds of cattle for food. Drover dogs kept the herd together and guarded it at night.

Around A.D. 74 the Roman army travelled across the Alps and into what is now southern Germany. For the next two centuries the Roman drover dogs were continually used in herding and driving cattle for trade even after the Romans were driven out of the area.

The Rottweiler is good-natured, placid in basic disposition, very devoted, obedient, biddable and eager to work. His appearance is natural and rustic, his behaviour self-assured, steady and fearless. He reacts to his surroundings with great alertness and at the same time even-tempered.

Paul Greenslade
What’s Black and Tan and looks great on a burglar?

Sally Downie
Lovely dogs given a bad name because of bad owners!

deborahpmercer
A much-maligned breed. Even though I&#39;m more a cat person, I quite like the doggy questions!

filmnut
Yes, I have two laying at the foot of my bed.

Jason Negus
One of the best dogs I&#39;ve ever had. Sadly, we had to say goodbye to our Chico last month. He was a good dog and loved his Human family.

Charles Nath
Actually, I’m getting to like the dog questions. The explanations tell me more about human history than about the specific dog.

Sally Downie
Stop moaning and bypass the questions you don&#39;t like OR write some yourself as you&#39;re all so can clever!! 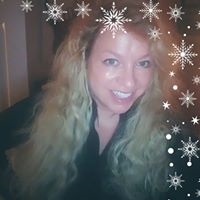 Laila Ramona Vilums Ebert
As a practicing Veterinarian, I love these dog questions!

💕🌸KRISTA🌸💕
Best dogs i have ever owned💞💞

Armadillo
Leon De Broize, so dump it. I doubt they will notice.

Chris
I love dogs, they never complain, always loyal and is a true mans best friend.

lilysvn
Rotties are great dogs! Just too large for me. LeRoy Johnston
I bought My Sister a Female Puppy We Named Her Panzer, at 6 mo. old, was t Feeding Pigs at the Fence, she Reached through the fence, and Caught one By the Ear, as if She Had done it before, it was Instinct, She would also bring the Cows up if was Calling them. I lied Her so Much, I got A Male for Myself, Awesome Dogs. Mine was Named Rommel

Sor05ga
Jason Negus, I agree. I owned a Rott, the best companion and very loyal.

tinaloflin
That&#39;s an aspect of the Roman military history that I didn&#39;t know.

Joanne Serin
My sister and brother in law&#39;s friends raise them. I think they&#39;re scary, but theirs are sweet, like themselves.