Which Canadian city is known as "The Garden City"?

Known as "The Garden City", Victoria is an attractive city and a popular tourism destination with a thriving technology sector that has risen to be its largest revenue-generating private industry. Victoria is in the top twenty of world cities for quality-of-life, according to Numbeo. The city has a large non-local student population, who come to attend the University of Victoria, Camosun College, Royal Roads University, the Victoria College of Art, the Canadian College of Performing Arts, and high school programs run by the region's three school districts. Victoria is popular with boaters with its rugged shorelines and beaches. Victoria is also popular with retirees, who come to enjoy the temperate and usually snow-free climate of the area as well as the usually relaxed pace of the city. Nancy Wilson
John Williams, it pales in size to that of Victoria

Nancy Wilson
Yes st Catherine&#39;s is known as the garden city. I live in Niagara Falls...but it pales in size to Victoria. We have only around 1000 acres of parks, gardens, and trails. Victoria has that just in seashore gardens. There is also bouchard gardens that encompasses roughly 55 acres.

Jill B Morton
Most beautiful place I have lived. 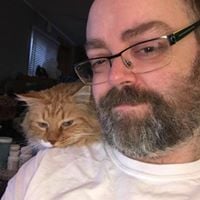 John Williams
Stephen Knapp, that’s true I have driven over the bridge on highway QEW over the Welland Canal and it is called the Garden City Skyway Stephen Knapp
This is not truly accurate as St. Catherine’s in the Province of Ontario has always been known as the Garden City and was voted as such by Canadians.
Author:
brian l
Writer