Which cast member of "Star Trek" spent some time in an internment camp?

After the attack on Pearl Harbour, he and his family were relocated from Los Angeles to the Rohwer Relocation Centre in Arkansas. Later, they were moved to a camp at Tule Lake in Northern California. His first-hand knowledge of the unjust internment of 120,000 Japanese Americans in World War II, poignantly chronicled in his autobiography, created a lifelong interest in politics & community affairs.

Wanting a multi-racial crew, Gene Roddenberry cast him in "Where No Man Has Gone Before", the second "Star Trek" (1966) pilot and Mr. Sulu remained a regular character when it went into production. After "Star Trek" was canceled, he did guest stints in several TV shows, voiced Sulu for the animated "Star Trek" series and regularly appeared at Star Trek conventions.

He campaigned to get more respect for his character in the "Star Trek" features, resulting in Sulu finally obtaining the rank of captain in "Star Trek VI: The Undiscovered Country" (1991), a role reprised in the "Star Trek: Voyager" (1995) episode "Flashback."

He received a star on Hollywood Boulevard's Walk of Fame in 1986. His 1994 autobiography, "To the Stars", was well-received.

He remains active as a stage, TV & film actor as well as as an advocate for the interests of Japanese Americans.

Shirley Dutt
I&#39;ve met several who were at those camps. Quite the blank eye for America. The same with slavery. Or the treatment of Native Americans. I can&#39;t imagine what they endured. As for Tulelake ( all one word) I&#39;ve been there and walked through it. I grew up only about an hour away. My Italian grandmother was asked by an FBI agent If she would feel safer in a camp. Her reply, &quot;This entire neighborhood is Italian. I&#39;m surprised you made it this far into the neighborhood&quot;.

Louella Wilson
&quot;George Takei was a child when he and his family were forced into American internment camps in the 1940s, and he says he still remembers being taught to recite the Pledge of Allegiance while being imprisoned, surrounded by barbed wire.&quot; What a way to encourage citizenship! Though to be fair, internment has been a common practice by many countries in war time.

John McLardie
This may, indeed, have been shameful treatment of US citizens; however we, in the UK, cannot criticise since we did the same to Italians and Italian families by interning them on the Isle of Man.

Larry Jones
My dislike is because of my severe disapproval of our country&#39;s having done that to its citizens. I am sorry Mr. Take I had to endure it.

Barb Schmidt
yester years history, oh but &quot;they&quot; want to cancel it as &quot;of course history did not happen because...&quot; and today, well history seems to mean nothing as they push through the lies ... so being forced to repeat history as so much gone... sad as there are survivors from still alive that &quot;they&quot; do not want anyone to hear as seniors mean next to nothing to &quot;them...

dmarkc
Camille Curran, not all interred were citizens and their loyalty was rightfully in question. I&#39;m not justifying interment of citizens, but this was much more complicated than can be addressed here.

James Webb
What about mentioning the acts of sabotage committed of supporters of the enemy. All the Liberals do wail , During 1916 a large number of fires at factories making munitions , a huge one in N.Y caused an explosion heard in Maryland .Home grown Islamic fanatics should at least serve as a warning as to a threat of the enemy within.

Chris Lee
Camille Curran, We certainly should oust it from our behavior, but never from our history books or teaching its effects throughout our educational system.

Julie Domaille
Shirley Dutt, good for her. Did they take the entire neighbourhood?

William Laughlin
Albeck1994, While it is true that others of the commonwealth can be knighted, as I said in my comment, William Shatner was NOT knighted.

William Laughlin
Irene Townsend, That&#39;s true; he was, so there was no need to correct her on that part of her comment. He is, SIR Patrick Stewart. 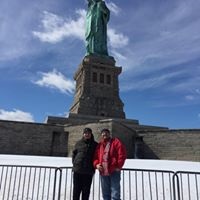 Gary Dunham
If you listen to Howard Stern this was a slam dunk. He’s a frequent guest and talks about his time in the internment camp often.

Camille Curran
A shameful treatment of U.S. citizens. There is STILL much to be done to end racial discrimination against minority groups. We can never be “one Nation, under God, INDIVISIBLE” until we oust racism from our thinking and behavior.

james parrillo
Shirley Dutt, My Italian grandmother visited Italian an Italian internment camp. I am not certain if the prisoner was a relative or friend. It must have been somewhere in New York or New Jersey. Thank you, Christine, James&#39;s wife

klmilles
Michele Barnett, thank you for raising this, The show is beautiful and very moving.

Irene Townsend
Albeck1994, Opps, forgot Patrick Stewart was a pom of course he would be Sir Patrick. Thank you for reminding me.

Albeck1994
William Laughlin, you are correct, but Canadians, New Zealanders and Australians, can also be Knighted and use the title &quot;Sir&quot; as in Sir Edmund Hillary
Author:
Akeel1701
Writer