Which company was known for creating these gold eggs?

A Fabergé egg is a jewelled egg created by the House of Fabergé, in St. Petersburg, Imperial Russia. Possibly as many as 69 were created, of which 57 survive today.

Virtually all were manufactured under the supervision of Peter Carl Fabergé between 1885 and 1917, the most famous being the 52 "Imperial" eggs, 46 of which survive, made for the Russian Tsars Alexander III and Nicholas II as Easter gifts for their wives and mothers.

The first Fabergé egg was crafted for Tsar Alexander III, who had decided to give his wife, the Empress Maria Feodorovna, an Easter egg in 1885, possibly to celebrate their 20th anniversary. It is crafted from a foundation of gold while Its opaque white enameled "shell" opens to reveal a matte yellow-gold yolk. This, in turn, opens to reveal a multicoloured gold hen that also opens. The hen contained a minute diamond replica of the imperial crown from which a small ruby pendant was suspended, but these last two elements have been lost.

Eggs were made each year except 1904 and 1905, during the Russo-Japanese War.

Following the revolution and the nationalization of the Fabergé workshop in St. Petersburg by the Bolsheviks in 1918, the Fabergé family left Russia. The Fabergé trademark has since been sold several times and several companies have retailed egg-related merchandise using the Fabergé name.

billyboy915
Of the 52 Imperial Fabergé eggs made, 46 are known to still exist. It has been reported that Malcolm Forbes set out to possess more eggs than the Kremlin. When he passed away, he held 9; reportedly one more than the Kremlin.

Irene Townsend
Richard G Schwartz, I just to work in store selling all these so know them pretty well. Doulton - English, Noritake - Japanese, Limoges - French. All beautiful china, all quite different. Hope that helps a little for future questions

Effren Hernandez
billyboy915, I wonder how many Forbes took with him! 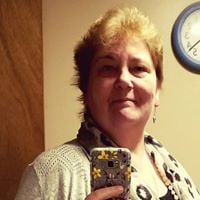 Sue Burt
Every time we went to a tag sale my late fiance asked if they had an Faberge eggs!!! Lol Everyone laughed but they never had any!

Irma Rivera
Farberge egg the most expensive eggs in the world in 2002 the Faberge Egg was sold at an auction for $ 9.6 millions it was the 1913 winter Faberge egg...

Andrew King
Of course they have a price ! Cheryl Perkins,

cwisconsin
Char, After I read your RANT, I wonder if you did as you were posting it. Tesla repeats EVERY answer that is posted and to some/MOST folks its highly annoying. Instead of defending him get him to start taking somekind of medications that he/she/it needs to be on.

Cheryl Perkins
9/10. They are very famous and priceless.

Char
larrywagner, they made Tesla disappear in their mean evil trying to dictate how we play. Try to ruin things for everyone I wish we has a boot button they watched.. Who knows maybe they do and that would be wonderful.

Char
Where is Tesla you all up to no good again. We have our rights maybe we should start your game of making you disappear. Then again I&#39;d hate to get an innocent and besides we are here to be quizzed all of us. Then we are to remark things the way we choose not how you choose for us. You all ruin anything you do for everyone cause you want to rule the roost. You don&#39;t so back off Tesla and the rest we play our game our way.
Author:
ALPHA
Writer