Icelandic Christmas folklore depicts mountain-dwelling characters and monsters who come to town during Christmas. The stories are directed at children and are used to scare them into good behaviour. The folklore includes both mischievous pranksters who leave gifts during the night and monsters who eat disobedient children.

The figures are depicted as living together as a family in a cave and include:

Gryla, Leppaluthi, and the Yule Cat. Gryla is a giantess with an appetite for the flesh of mischievous children, who she cooks in a large pot. Her husband, Leppaluthi, is lazy and mostly stays at home in their cave with the Yule Cat.

The Yule Cat a huge and vicious cat who is described as lurking about the snowy countryside during Christmas time and eating people who have not received any new clothes to wear before Christmas Eve.

The threat of being eaten by the Yule Cat was used by farmers as an incentive for their workers to finish processing the autumn wool before Christmas.

elizawheeler
This is one I never heard of. Christmas in a lot of countries has some really awful myths surrounding it.

earlepg
It seems that it would be a good idea to treat household cats kindly year-round, too. to keep them from somehow reporting bad things to the Yule Cat.

Barb Beck
I have been to Iceland. While there, I went into a Christmas gift shop and found a Yule Cat Tree Ornament.. I bought it, and he hangs front and center on my Christmas tree EVERY year. I don&#39;t want to be eaten by him.

John W Shreve
I&#39;d buy new clothes for friends and family, and tell them I need some too.

John W Shreve
larrywagner, Somehow I suspect the you fear something&#39;s out to get you.

Giuliana Gatta
So interesting to learn about different traditions

deborahpmercer
Heard the 4 Extra programme about this over Christmas - gruesome and fascinating. Ed Tillinghast
In Czech Republic it’s Čert that will scare bad kids and make sure they get no presents. 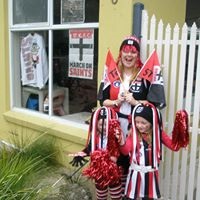 Trudi Ripps
I love the Icelandic way of parenting as they never raise their voices at their children and their children are kind honest and well educated and coming from a mother who was a screamer left me traumatised for life so stories even when scary told together by loving family members is a much better way.

Joris van Pelt
How can you avoid ending up on the Yule Cat’s Christmas platter? Easy! Make sure you receive a new item of clothing before December 24th and you’ll escape the Yule Cat’s chompers for a year.

werma
In Hungary, we had Krampus to scare children into behaving.

David Colloby
could cause a CATastrophy
Author:
ALPHA
Writer