Which country signed the Treaty on the Non-Proliferation of Nuclear Weapons but left in 2003?

In 1968, six years after the Cuban Missile Crisis almost sparked a nuclear war between the U.S. and Soviet Union, the Treaty on the Non-Proliferation of Nuclear Weapons was agreed.

Two years later, it was ratified. The treaty obliged signatories (among them the U.S., Soviet Union, the U.K., France, China and others) not to spread nuclear weapons by sharing them or the scientific knowhow behind their development and for those with arsenals to disarm.

There are now 190 signatories of the treaty. North Korea is now a non-party to the treaty after it withdrew in 2003 to pursue its nuclear weapons program. It had originally signed the treaty in 1985. Other non-parties to the treaty are those in the above list who also have nuclear weapons: India, Israel, and Pakistan. Israel does not declare itself to be a nuclear power, adopting a policy of ambiguity.

Char
Paul Fletcher, I am fair I say the same on Israel

Mr.LaFaye
Paul Fletcher, I just do not understand what logic you are using. Seriously... 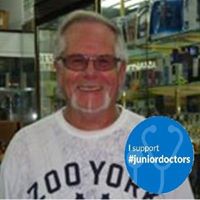 Paul Fletcher
Don&#39;t condemn N, Korea, if they hadn&#39;t backed out US would have invaded by now. Condemn Israel for never signing.

tbear
Who else would it be!

seane
N.Korea just wants us to send $ Its a blackmail technique.

Cheryl Perkins
I didn’t know they were in it.