Which country was once ruled by Shoguns?

A Shogun (将軍, "general", literally "military commander") was a title which was granted by the Japanese Emperor to a military dictator. Japan was ruled by Shoguns from 1192 to 1867. In fact, the formal ceremony of designation was just a tradition, and Shoguns' titles were just passed on from father to son, making them the absolute rulers of the country. The Shogun held almost absolute power over territories through military means, in contrast to the concept of a colonial governor in Western culture.

Gégé
a question about Japan

mapiferuk
Cujo , I never knew penguins were so clever

Dave Miller
Cujo , what is the Apache name for the USA?

Cujo
Nippon is the actual name. Japan is a waterproof lacquer. Just being helpful. Germany is Deutschland to their citizens. Antarctica is known as Pkaw to its penguins.

Peter Thomas
mbella, it just shows how you&#39;ve moved up the rankings. It disappears after a few moments. Is that so bad? It&#39;s a standard thing that appears for everyone, they&#39;re not going to remove it for one - or just a few - people. I think maybe you&#39;ll just have to grit your teeth and put up with it...

Speedy
...Japan has always been a different kind of country...

June
A facinating, beautiful country that&#39;s on my list to visit. I hope!

mbella
I dont like the list of people that comes up after you get a question right. If you could could you remove it and just let me answer the quizes please 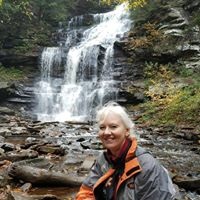 Carroll Price
Read a book by that name in the 70s. There may have also been a movie.