Nachos is a Tex-Mex dish from northern Mexico that consists of heated tortilla chips or totopos covered with melted cheese (or a cheese-based sauce), often served as a snack or appetizer. More elaborate versions of the dish include other ingredients, and may be substantial enough to serve as a main dish. Ignacio "Nacho" Anaya is credited for creating the dish in 1943; the original nachos consisted of fried corn tortilla chips covered with melted cheese and sliced jalapeño peppers.

In the United States, National Nacho Day is celebrated on November 6. The International Nacho Festival is held between October 13 and 15 at Piedras Negras, the birthplace of nachos, and features live music, art, cultural activities, and a "biggest nacho of the world" contest which is registered with the Guinness World Records.

Bonnie
Has to be the worse picture ever of Nachos. I live in Texas, and this is nothing like our Nachos. It was the only answer that made sense. but this photo sure doesn&#39;t look like Nachos in Texas.

Marian Spitzig
What a poor excuse of a question and answer. Player
Ignacio Anaya is the patron Saint of snacks.

lucky57
That photo is NOT of nachos.

manasphal
What a poor excuse of a question and answer?

Bekkah
Wtheck? Looks like a calzone but I chose nachos.

Armadillo
Leslie Burum, easy how you speak about penguins. Have a nice day.

Cheryl Love
That is guacamole! Not by any stretch “nachos”. The writer has obviously never had nachos.

Larry Jones
I have been away from Quizz Club for a while. When did the questions get so simple? 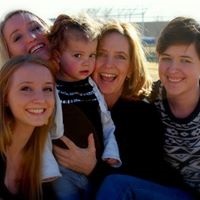 Ann Van Norman Gavit
This is guacamole and tostados not nachos

ishoponlyacct
No matter what, no matter where, people just have to complain. About any insignificant thing.

babolataeropro
What is that green stuff; I want my money back. lol

Joanne Serin
-What is my cheese? -Nacho cheese!

Sandie de Rougemont
That picture doesn’t resemble the nachos that I know! Leslie Burum
If that is a picture of nachos, then I guess all my culinary classes were in vain specific to Mexican and South American cuisine. The author of this question is obviously closely related to the penguin species.
Author:
brian l
Writer