Which fact about turtles is not correct?

Like other reptiles, turtles lay eggs that are slightly soft and leathery. The eggs of the largest species are spherical while the eggs of the rest are elongated. Their albumen is white and contains a different protein from bird eggs, such that it will not coagulate when cooked. Turtle eggs prepared to eat consist mainly of yolk. In some species, temperature determines whether an egg develops into a male or a female: a higher temperature causes a female, a lower temperature causes a male. Large numbers of eggs are deposited in holes dug into mud or sand. They are then covered and left to incubate by themselves.

john duckett
I quote - All turtles (turtles include the tortoises and terrapins) have fully functional tails. These tails come in very handy for humans when we want to know the sex of the turtle. Male turtles have longer, thinner tails and female turtles have shorter, stouter tails. So bad question.

Alan Straff
This answer is so wrong, how did it get through the review process? Turtles do not have any teeth ffs!

Frank Cowell
If something is a &quot;fact&quot;, then it is correct. So this question is nonsense.

Dennis Walker
What gives here? The answer states - “Turtles have rigid beaks and use their jaws to cut and chew food. Instead of having teeth, which they appear to have lost about 150–200 million years ago

Orlando Tito Jiménez Manzano
We use our coings for nothing because for one answer lost, the points are less.

Kat
Snapping turtles!! Long tails!! I&#39;ve seen them, so I know it for sure. Why, oh, why are these not reviewed properly? I am SO VERY FED UP with losing points due to messed up answers.

Richard G Schwartz
Had turtles growing up,although my dog ate one of them. 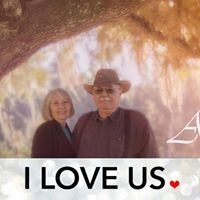 john Negri
bad question. some have long tails. some lay eggs - some don&#39;t and have live births. Rose Erofeev
Instead of having teeth, which they appear to have lost about 150–200 million years ago,Your own answer says they DON&#39;T HAVE TEETH. dopey

Lupe Hernandez
Mark Belfus, The question was poorly worded but it said what fact (characteristic) do turtles NOT haveand the answer was...a long tail...which means the other 3 choices were actually facts the turtles do have. Does that make any better sense than the question???

Lupe Hernandez
William Mckinney, The question was ...what fact is NOT correct which gives the answer as a long tail which is true they don&#39;t have long tails.

Lupe Hernandez
john duckett, All turtles have a tail but not long, so the answer is correct.

Lupe Hernandez
Alan Straff, The question was what fact is NOT correct so &quot;they don&#39;t have teeth&quot; is true.

Liz Hamilton
Turtles use their beaks to &quot;bite&quot;. Modern day turtles do not have teeth. Their shells are rigid and they have to use muscle power to breathe. Wrong answer again.