Mammutidae is an extinct family of proboscideans that appeared during the Miocene epoch and survived until the start of the Holocene. The family was first described in 1922, classifying fossil specimens of the type genus Mammut (mastodons), and has since been placed in various arrangements of the order.

The name "mastodon" derives from Greek, μαστός "nipple" and ὀδούς "tooth", as with the genus, referring to a characteristic that distinguishes them from allied families. The genus Zygolophodon has also been assigned to this family. Mammutids ranged very widely, with fossils found in North America, Africa, and throughout Eurasia.

Howard Gerritsen (Semiotician)
This Q &amp; A is deficient of mainstream intellect. 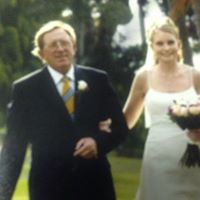 Andrew King
Habitat area, as defined in explanation, this quizz really is becoming crap, and on the subject, Tusks are NOT teeth YFM

Rafi Manory
The tusks are not teeth!