Which film has a lawyer selling his integrity to protect his family from an ex-con?

The 1991 drama film which has a man selling his integrity to protect his family from an ex-con is "Cape Fear". In this film when attorney Sam Bowden (Nick Nolte) knowingly withholds evidence that would acquit violent sex offender Max Cady (Robert De Niro) of rape charges, Max spends 14 years in prison.

After Max's release, knowing about Sam's deceit, he devotes his life to stalking and destroying the entire Bowden family. When practical attempts to stop Max fail, Sam realizes that he must act outside the law. To protect his wife and daughter, Sam has to do everything within his physical and mental abilities to stop Max once and for all.

"Cape Fear" is an American psychological thriller that was directed by Martin Scorsese and produced by Barbara De Fina. It is a remake of the classic 1962 film of the same name. The film was adapted by Wesley Strick from the original screenplay by James R. Webb, which was an adaptation from the novel 'The Executioners' (1957) by John D. MacDonald. The recent film stars Robert De Niro, Nick Nolte, Jessica Lange, Joe Don Baker, Juliette Lewis, Robert Mitchum, and Gregory Peck in his final theatrical film role.

The film generally received positive reviews from fans and critics. It won praise for the performances, direction, cinematography, and editing. "Cape Fear" was a box office success, making $182,291,969 US dollars worldwide on a $35 million budget.

Chris Braid
Original so much better than the remake. Which wasn&#39;t an awful film itself!

Merri Sillery
Great movie, keeps you on the edge of your seat (either version).

Suzy
A must watch whilst house boating . 😁

illonabird
Darlene Davidson, Your quotes say it all. There really were no good guys. 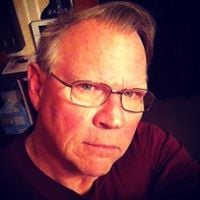 Frederick Smith
Agree with you mark, and a much more visceral film.

deborahpmercer
Never actually seen it - now my curiosity is piqued!

Johnny Rock
I haven&#39;t seen the other movie choices but this description fit the plot of Cape Fear very well.
Author:
E11-Hitman
Writer