Which film is about Desmond Doss who, during WW II, saved 75 men without firing or carrying a gun?

"Hacksaw Ridge" (2016) is a film about Desmond T. Doss who, during World War II, saved 75 men without firing or carrying a gun. The film concerns the true story of Pfc. Doss (Andrew Garfield), who won the Congressional Medal of Honor despite refusing to bear arms during war on religious grounds. Doss was drafted and ostracized by fellow soldiers for his pacifist stance, but he went on to earn respect and adoration for bravery, selflessness, and compassion after he risked his life (without firing a shot) to save 75 men in the Battle of Okinawa.

The entire film was a big success. Commercially, it grossed $67.1 million in the United States and Canada. It made $108.2 million in other countries for a worldwide total of $175.3 million. Its production budget was approximately $40 million.

Peter Robertson
The bravest of the brave were the medics.Stretcher bearers, many were not Conchies,but just men who preferred not to kill

ronbt
It&#39;s known as &quot;The Medal of Honor.&quot; No one wins a medal, unless they are competing in an Olympic sport. These brave men who have been &quot;AWARDED&quot; it was not in any type of competition. they were doing their job. God Bless Them all. 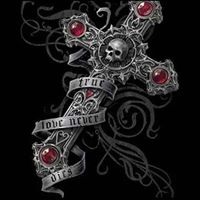 Chris Jones
I thought it was a inspiring movie. I cry every time I watch it. Anyone who stands and fights for their country, armed or unarmed, are brave and deserve respect and gratitude.

Tal Segal
More info should have been provided about what Doss has done to be awarded the medal rather than the long paragraph with all the names of people involved in the movie.

Vickie Wade
No way I could miss this one. Desmond Doss was from my hometown.

Bank-Robber
We watched this not too long ago!!!

David Coe
ronbt, Yes, and the irritating addition of &quot;Congressional...&quot; drives me crazy.

Boyd Tracy
One of those you don&#39;t rave bout but say a simple &quot;Really good movie&quot;.

Irene Townsend
It was a great movie. Thank you for infomation

William Perkins
DotJ, Medal of Honor, not congressional, but you are correct in awarding of the MoH

William Perkins
It is the &quot;Medal of Honor&quot; not Congressional. Jack Jackal
The reason why the Medal of Honor is (perhaps mistakenly) referred to as the Congressional Medal of Honor is because it is awarded by the President in the name of the U.S. Congress who implemented it as a permanent Army award in 1863.