Which fish is traditionally eaten for Christmas dinner in many Eastern European countries?

To those of us raised on the tradition of a roast bird of some description being the centrepiece of our Christmas tables, the very notion of having fish instead may seem bizarre. But in many Eastern and Central European countries, including Poland, Slovakia, and the Czech Republic, also further west in Germany and Austria, that is the traditional Christmas meal.

Some of the reasons for this are religious. In Roman Catholic tradition, Advent was seen as a time of fasting (not unlike Lent) and Christmas Eve was, in fact, the last day of the fasting period, with meat not being allowed. But even now, when that's no longer so, even folk who are not particularly religious still follow the tradition.

Diehard traditionalists buy their Christmas carp alive, and keep it in the bath (it is, after all, a bottom-feeder) until it is time to cook it. It is not unknown for children to even regard it as a temporary pet and give it a name. But increasingly there is a trend for the fish to be bought already decidedly dead.

Traditional accompaniments include potato salad and bread, with dessert being cookies or strudel. Strong local spirits may also be drunk!

Unlike many other fish, carp is not in short supply and is nearly always caught locally. With its profusion of bones, it is not the easiest fish to eat, but its devotees would say it is worth it, both for tradition and taste.

joycekingsmith
Thank you anyway. I&#39;ll have the turkey. 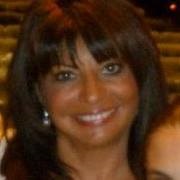 tortoise
I think the tradition in Italy is cod on Christmas Eve also known as bacala. It is purchased salted and dried and soaks in the bathtub for days. That’s what I remember

Char
Linda Wanta, I know s trash fish where I grew up too only the very poor ate those

Char
Carp always heard of that as a trash fish..oh well one man&#39;s fruit is another man&#39;s candy

Bob Fowler
Well I never knew that and went for Salmon. I think I will stick to Turkey.

Edie Koller
I will have turkey but I love fish too.

catmom
klmilles, When my Mom was alive she used to make 7 Fishes for Christmas Eve dinner &amp; I loved it. She used to cook for days. I miss that.

catmom
Christopher J Voce, That was funny but it sounds a little fishy to me. Lol.😂

John W Shreve
I knew some Russians who made carp chowder.

Angeles Dembowski
My Polish in laws ate Herring not Carp on the holidays.

Louella Wilson
Linda Wanta, also an invasive species here in Australia, where biological control methods of control are being investigated.

Lawanta
YUCK! They&#39;re considered invasive in the area of the USA that I live in, taking over the habitat of our beloved native varieties &#128544;

Louella Wilson
I&#39;ve not eaten carp, but a Polish acquaintance swears by them. From one of my recipe books comes the following &quot;carp can be delicious if they are cleaned, prepared, and cooked properly. Carp is a famous delicacy consumed by people who like stronger fish flavour. There are many recipes to prepare carp that suit anyone&#39;s taste, and they contain healthy fats for the health-conscious.&quot;

Linda Shaw
No thanks, I&#39;ll stick with good old turkey

Peter de Loriol
it was more a case of poverty that made people eat carp. There is a good economical and medical reason for many of the traditions that surround our religions, much of which is forgotten.
Author:
deborahpmercer
Writer