Which former First Lady of the US was the first to be buried at Arlington National Cemetery?

Helen Louise Herron "Nellie" Taft (born June 2, 1861 – died May 22, 1943) was the wife of US President William Howard Taft. She was First Lady of the United States from 1909 to 1913. Nellie was widowed upon the death of her husband on March 8, 1930, and stayed in the city of Washington. She continued to be socially involved serving as an honorary vice president of the Colonial Dames of America and the Girl Scouts of America. She died in Washington, D.C. on May 22, 1943, and was buried next to President Taft at Arlington National Cemetery. She was the first former First Lady of the US to be buried there and created a precedent later used for Jacqueline Kennedy's burial at the cemetery in 1994.

mlgay
According to ANC Jackie Kennedy is buried with JFK at Arlington not Mrs. Taft

ninakamwene
Great 1st ladies, may they all RIP next to their husbands. 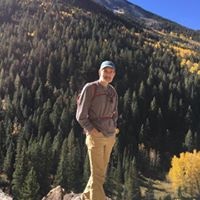 Jim Criswell
Stoic Kitty, nobody cares about your politics. Keep them to yourself on this site.

Joanne Serin
George Oliver Prince, but so is JFK.

Jas Newman
Re &quot;... created a precedent later used for Jacqueline Kennedy&#39;s burial at the cemetery in 1994.&quot;—Surely this cannot be the case. Wives must have been permitted burial with their pre-deceased husbands long be Mrs. Taft.

George Oliver Prince
I remember President Taft was buried there, so it had to be his wife

Joseph A. Robitaille
That was a great question and answer..