Which French heroine was accused of heresy and burned at the stake by the English on 30th May, 1431?

Joan of Arc was born in 1412 in France. She had a usual childhood, but in 1424 she began having mysterious visions. Saint Catherine, Saint Michael and Saint Margaret came to Joan in her visions with different messages. They told her that she was to support King Charles VII and help her country to get rid of the English. With no military training, Joan convinced the embattled crown prince Charles of Valois to allow her to lead a French army to the besieged city of Orléans, where it achieved a momentous victory over the English and their French allies, the Burgundians.

Joan was revered by the French, but the English considered her a heretic. Once Joan was captured by the Burgundians and exchanged Joan to the English for money. During her imprisonment and the trial Joan remained silent, despite the continuous questioning. This enraged her captors, and they quickly convicted her. They sentenced her to death. She was burned on the 30th of May, 1431, when she was 19 years old.

Lydia Coutts
The poor girl probably suffered from a neurological or psychiatric condition that triggered hallucinations/delusions, but she lived a remarkable, albeit brief, life. I wonder how many of this generation&#39;s 18-year-old girls could accompany an army into battle and establish a king?

Sean Philips
Although the popular story is that she was punished for witchcraft and heresy, she was actually burned at the stake for the crime of wearing men’s clothing - it was the only crime the inquisition panel could formally charge her with. “Joan signed a cedula, possibly without understanding the text, indicating that she would no longer wear men&#39;s clothing, only to &quot;relapse&quot; later, giving the court justification to have her executed. Only those who had relapsed -- that is, those who having once adjured their errors returned to them -- could be condemned to death by a tribunal of the Inquisition and delivered for death”

Janice Harrison
Lydia Coutts/ Why must she have been delusional of some sort. Miracles have happened. How about the miracle at Lourdes or other documented miracles. Don&#39;t be so eager to dismiss miracles.

robert karel
Who made those three saints? If Saint Michael is Michael The Arch Angel, He is not a saint. He is an angel of God! Further more a saint is nothing more than a believer in The Lord Jesus Christ. He makes us a saint. The Catholic Church is not the authority, Jesus is!!

Fred Keogh
Carol Price, you are fool believing such rubbish. Hitler, Stalin, Pol Pot, MauTseTung, all ran murderous regimes costing millions upon millions of lives. The British Empire did not have a policy of mass murder, not even a murder policy. I think you should re-examine your history. There are hundreds, if not thousands, of books written about the British Empire and a huge number written by non Britons, that will tell you of British policies of the time. It was not a policy of mass murder.

ninakamwene
What a courageous young woman! May she RIP. Thank you.

mmmdixie
One thing they did not mentioned. After they took her off the steak, not even her clothes were burned. How&#39;s that for being in &quot;God&#39;s&quot; good graces. 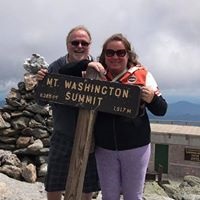 David Adams
Carroll Price, you must not know much about history to even think the British and Americans are even close to nazi germany

Chris Lee
Does that mean this is your last comment?

Player
The Maid of Orleans.

dantejaiudijr
St. Micheal Archangel was sent by God to protect us from Satan&#39;s snares and wickedness. Works for me. I was brought up Catholic in an Italian family. I&#39;m happy to be able to announce that I&#39;m still Italian. Admittedly, I was soured early on by priests who weren&#39;t who they say they were. One priest was down right nasty to me and vulgar. That turned me off, almost completely. Then, I met Father Frank, a retired NYPD Detective turned priest. Great person. Our discussion&#39;s we&#39;re about living and acceptance. We have choices and options in life, but believe in God, Father Frank would say. Works for me! He was a Police detective first...Now, he&#39;s with his God. I think of him often. R.I.P. Frank, You are missed!!!✝️❤️&#129488;&#128077;

tony clark
Maybe she was the real thing and got their feeling hurt being defeated by a woman she could not be a normal woman she to be witch! Wow

Biny
Wow Sean Phillips I never knew that! Thanks!

Annetta
God&#39;s word says that the mercies of man are cruel. Mankind has nothing but evil in their hearts and minds. God is the only one that can change the heart of man.

Yuliya Skripchenko
Its easier to wear men&#39;s clothing then women&#39;s especially during that time period.

Elaine
Pray tell why couldn&#39;t she have visions from other saints. Others were visited by other saints It doesn&#39;t mean they were delusional.

Steveo
I learned this because of watching bill and ted

Playertony
robert karel, who is god

karenleaton
robert karel, Excellent point. the Bible refers to all True Believers and followers of the real Jesus and his real teachings as saints.

karenleaton
Joanne Serin, first, Jesus was Jewish! Secondly Jesus IS the Messiah promised to the Jews through Judaism and the Law and the Prophets! Thirdly almost everyone with whom the Lord Jesus interacted during His earthly ministry was Jewish. Fourthly, the original disciples and then the original followers before gentiles started converting were Jewish. Jesus, the Jewish Messiah has everything to do with the Jewish people! He came for the Jew first and the gentile second.