Which is not an ingredient in Chambord liqueur?

Chambord Liqueur is a raspberry liqueur modelled after a liqueur produced in the Loire Valley of France during the late 17th century. The Chambord product brand has been owned and produced by the Brown-Forman Corporation since 2006.

The Chambord brand was founded in 1982. The drink was inspired by raspberry liqueur made in the Loire Valley in the late 1600s, said to have been introduced to Louis XIV during one of his visits to the château de Chambord. It was common during that time for liqueurs and cognac to be consumed with elegant meals.

After the infusion is extracted, a second set of spirits is added to the fruit and allowed to rest for a few weeks. After this second infusion is drawn off, the remaining fruit is pressed to obtain the natural sugars and juice.

The fruit-infused spirits and juices from the final pressing are then combined, and finally, the berry infusion is married with a proprietary blend of cognac, natural vanilla extract, black raspberries, citrus peel, honey, and herbs and spices. The liqueur is 16.5% alcohol by volume.

Chambord comes in a spherical bottle. Until mid-2010, the bottle came with a metallic gold plastic lettered 'belt' around the middle, and a crown atop its lid. 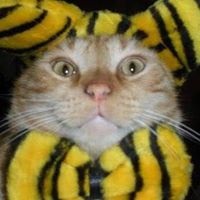 Glenys Russell
For those complaining that it&#39;s raspberry, or that the question is wrong, did you read the question? It asked which ingredient is NOT in it.

Wyla Reedy
Discover of alcohol and beer goes back to the Egyptians, maybe before that.

Jaminator
It is like drinking lighter fluid, not that is a bad thing!

Kat
Olives? That made it an easy choice!

krkyates
If it has sugar, man has probably distilled it. Lonnie Crisp
I said raspberries, why did the answer come up olives? I love both of these, but I know Chambord is made from raspberries. Jenny Devereaux
Surprising how many didn’t read the question properly before getting on their high horse.

teresab
I don&#39;t know of any liqueur that uses olives. I&#39;ve made pear, and peach liqueur this summer. Curing olives as we speak. 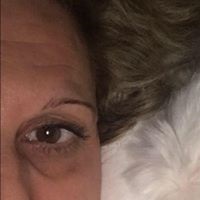 Claudi Domi
I said raspberries and it said it was wrong????

pestman
olives is the wrong answer. Barbara Victorino Connair
No where in the description is the word olive mentioned. Think there is a mistake.
Author:
ALPHA
Writer