Which is NOT one of the criteria to be a planet?

Astronomers of the International Astronomical Union (IAU) voted on and passed the first scientific definition of a planet in August 2006. According to this new definition, an object must meet three criteria in order to be classified as a planet. First, it must orbit the Sun. Second, it must be big enough for gravity to squash it into a round ball. And third, it must have cleared other objects out of the way in its orbital neighborhood. To clear an orbit, a planet must be big enough to pull neighboring objects into the planet itself or sling-shot them around the planet and shoot them off into outer space.

Albeck Wilson-Smith
It doesn&#39;t have to orbit the sun, a star yes the sun no. Who reviewed this .

Darlene Davidson
You don&#39;t need a moon to be a planet, but having one is a nice feature.

Sean Philips
Kirk Tanaka, read the question - NOT one of the criteria 🙄🙄🙄 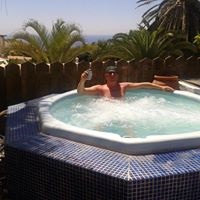 Kirk Tanaka
So I presume that Mercury and Venus are not planets?

Kathryn A. Cobb
I thought I read somewhere that it needed to have a moon? Smh Robert Adamson
Lots of planets around other stars, not just the Sun. You owe me.
Author:
jessi lyn john
Writer