Which is the largest river flowing into the Pacific in North America?

The Columbia River is the largest river flowing into the Pacific Ocean from North America. The Columbia is one of the world’s greatest sources of hydroelectric power and, with its tributaries, represents a third of the potential hydropower of the United States. In addition, its mouth provides the first deepwater harbour north of San Francisco.

The Columbia flows from its source in Columbia Lake, at an elevation of 2,700 feet (820 metres), in British Columbia near the crest of the Rocky Mountains, to the Pacific Ocean at Astoria, Oregon. It drains some 258,000 square miles (668,000 square km), of which about 85 percent is in the northwestern United States. Major tributaries are the Kootenay, Snake, Pend Oreille, Spokane, Okanogan, Yakima, Cowlitz, and Willamette rivers.

The Columbia and its tributaries have been central to the region's culture and economy for thousands of years. They have been used for transportation since ancient times, linking the region's many cultural groups. The river system hosts many species of anadromous fish, which migrate between freshwater habitats and the saline waters of the Pacific Ocean. These fish—especially the salmon species—provided the core subsistence for native peoples.

Kenneth Jacobs
I love driving above and looking down at the Columbia River. The area along the border between Oregon and Washington is fabulous.

cwisconsin
Largest ? Isn&#39;t it the longest?

Lawanta
A beautiful drive heading west towards Portland, should include a stop at stunning Multnomah Falls! 😍 Phillip Stanley
I live 2 miles from the Columbia River! Cross it most every day. Great fishing there. Not so good swimming because of the undertows. 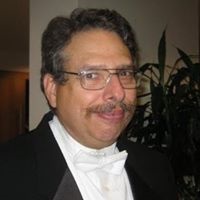 Shell Levy
Pat Wells, It is in Idaho.

Noelito
Lisa Rodrigues, So isn&#39;t the Bering Sea part of the Pacific Ocean...seeing that each sea belongs to a ocean? &#128558;

Lisa Rodrigues
Mic Fenst, The Yukon flows into the Bering Sea, not the Pacific. Heather Braden
SO grateful that this wasn’t a question involving the Nile and the Amazon!!! 😉

Mic Fenst
brandonscott, They flow into the Atlantic. I think the Yukon is the longest flowing into the Pacific.

brandonscott
The longest is the Missouri, then the Mississippi. But they’re close.

Kenneth Jacobs
Linda Wanta, indeed, I have driven several times from Portland to the Yakima Nation and back. It&#39;s an amazing journey.

earlepg
Pat Wells, The Raft River is actually a 108 mile (174 km) long, north flowing, tributary of the Snake River (which is mostly in Idaho) which is itself a tributary of the Columbia River.

Pat Wells
Not sure where the Raft River is, but it must be loaded with vacationers
Author:
Poty
Writer