Which is the most common fly species found in houses?

The housefly (Musca domestica) is a fly of the suborder Cyclorrhapha. It is believed to have evolved in the Cenozoic era, possibly in the Middle East, and has spread all over the world as a commensal of humans. It is the most common fly species found in houses. Adults are grey to black, with four dark, longitudinal lines on the thorax, slightly hairy bodies, and a single pair of membranous wings. They have red eyes, set farther apart in the slightly larger female.

The female housefly usually mates only once and stores the sperm for later use. She lays batches of about 100 eggs on decaying organic matter such as food waste, carrion, or feces. These soon hatch into legless white larvae, known as maggots. After 2 to 5 days of development, these metamorphose into reddish-brown pupae, about 8 mm (0.3 in) long. Adult flies normally live for 2 to 4 weeks, but can hibernate during the winter. The adults feed on a variety of liquid or semiliquid substances, as well as solid materials which have been softened by their saliva. They can carry pathogens on their bodies and in their faeces, contaminate food, and contribute to the transfer of food-borne illnesses, while, in numbers, they can be physically annoying. For these reasons, they are considered pests.

dick aspel
We have people who are apparently responsible for vetting such idiocy. And yet this gets through?. Irene Townsend
Sylvia Myers, That is a very good question and I&#39;d be very interested in hearing/seeing an answer. Not that we will, too scared to go for a tougher quiz in case they all fail.

Player
It helps when the answer is part of the question

illonabird
illonabird, the imagination. Sorry, typo that got away from me.

illonabird
Usually I am very tolerant of questions that seem obvious to most of us, as not everyone knows the answers , as illustrated in the graph at the bottom. But this question exceeds even my patience. And even, here, some got it wrong. Defies theory imagination.

Val Wilkinson
Actually that’s a good point- the incidence of homes with fruit flies is significant, probably comparable- but you tend to get more gathering! But then they aren’t included in the question Alireza Mohtashami,

Bridy4u
What is the most common fly found in an establishment that serves alcohol called? A BARFLY

Shirley Dutt
Between Carol Whites and David Wilkes, we should all score 10.

Corey Taylor
Thanks for the free stars, David!

Mr.LaFaye
As easy and inane as this is. it is better than any type of religious question. Except for the ones who wear the spaghetti strainers. 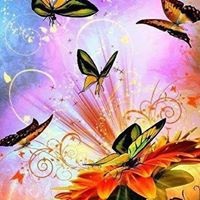 Sylvia Myers
I wish all the smarty pants of the group would stop needling us not so smart. If this is to easy for you guys why are you here?
Author:
David Wilkes
Writer