Which of the listed talents is the American actress Meryl Streep known for?

Meryl Streep (born 1949) is an American actress described as the “best actress of her generation.” She is particularly known for her talented ability to display and adapt to various accents required for the film roles.

President Barack Obama bestowed the Presidential Medal of Freedom to her in 2014. That award is the U.S. nation’s highest civilian honor. Accompanying the award, the citation read in part, “Ms. Streep has captured our imagination with her unparalleled ability to portray a wide range of roles and attract an audience that has only grown overtime, portraying characters who embody the full range of the human experience.”

Howard Groopman
What amazes me more than Streep&#39;s talents is how British and Australian actors routinely take on roles playing Americans in movies and TV shows, with no trace of their natural accents. They must have some terrific dialogue coaches.

Jacqueline Tattam
Joy Holbrook, most actors from other countries struggle with the Australian accent…even the British actors.

Edie Koller
Will I don&#39;t care about her accents, but I still think she can act very well.

Martha Calkins
Her accent in Sophie’s Choice was inspired.

Kenneth Jacobs
I simply adore Meryl Streep, she is an amazing talent. 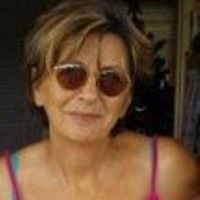 Susan Henderson
Her Australian accent was a shocker.

Jacqueline Tattam
Such a brilliant actor!

Susan Lake-Harris
Howard Groopman, Thanks for the compliment. Most of we Aussies who perform don&#39;t need a coach - we&#39;ve been exposed to various British and US English forms for decades on TV.

Susan Lake-Harris
Leapy Lee, Thanks for that observation. I am Aussie and once played Nellie in South Pacific. After one performance, a woman from Texas who was in the audience sought me out to ask what part of the US I was from &quot;because your accent didn&#39;t falter for one second while you were on that stage - whether you were speaking or singing.&quot; I thanked her profusely in my normal Aussie accent. She was gobsmacked and kept saying &quot;That just isn&#39;t possible!&quot;

cchisholm
This question appeared a few days ago.

Howard Groopman
Karin Johansson, Yes, but Brit and Aussie actors seem to have no difficulty pulling off a flat American speech, and sometimes even a regional one. Like Daniel Craig in &quot;Knives Out&quot; playing a southern detective.

Leapy Lee
patrhea I’m saddened to see a country I love to visit has become such a divided society. I doubt that Meryl will miss your attendance at any of her movies. billyboy915
John Cameron, EVERYONE has an accent. Australians do too. No one hears their own.

Karin Johansson
Howard Groopman, not all americans have the same accents. As you should know.

Irene Townsend
I think she is a brilliant actress, always admired her.

Leapy Lee
Meryl Streep is truly an amazing actress with a great talent for many accents (except her attempt at an Aussie one). What is far more remarkable is how good both British and Aussie actors are at adopting American accents. Many Americans have no idea how many of “their” actors are actually not Americans at all.
Author:
Beowulf
Writer