Which of these are the smallest members of the parrot order?

Pygmy parrots are native to the forests of New Guinea and nearby islands. They are tiny birds, fast-moving, and mostly green with bright highlights. A pygmy parrot spends a good deal of time climbing through foliage, using its large feet and beak, and stiffened tail feathers. At a little over 8 cm (3.1 in) long, the buff-faced pygmy parrot is the smallest parrot species.

Pygmy parrots are also among the few species in the order (other examples include Pyrilia and Nannopsittaca species) that have never been successfully kept, let alone bred, in captivity. All attempts to do so have resulted in the quick deaths of the little birds. Stress and dietary deficiencies are probably to blame. Pygmy parrots are among the few birds that feed on fungi and lichens, which play a major role in their diet. Their precise dietary needs are poorly understood.

Bad Nora
When in doubt, go for the obvious!

ninakamwene
Pygmy correct. I hope they can save them. Thank you.

docluci
I always thought parakeets were the smallest, stand corrected!!!!!

earlepg
Had to go for the pygmy. 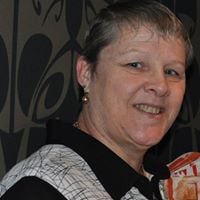 Louise Pendleton
What about budgie they are a pzzrrott

Sue Grayson
The name was a giveaway. Wilkes strikes again!

Irma Rivera
The name was a given!!!
Author:
David Wilkes
Writer