Which of these colors is not on the flag of Russia?

The flag of Russia is a tricolor flag consisting of three equal horizontal fields: white on the top, blue in the middle, and red on the bottom. The flag was first used as an ensign for Russian merchant ships and became official as the flag of the Tsardom of Russia in 1696. It remained in use until the Russian Socialist Federative Soviet Republic (RSFSR) fully occupied all Russian territories in 1922, as the flag was used by the White guard during the Russian Civil War which had started in 1917 .

During the Soviet Union's existence, it used a flag with a red field with a golden hammer and sickle and a golden bordered red star on top. With the dissolution of the Soviet Union, the pre-revolutionary tricolour was re-introduced as the flag of the Russian Federation in 1991 in the 1:2 ratio. The Tsarist tricolour was fully restored as the current flag in 1993 after the constitutional crisis.

LunaAtlas
Too easy, but I will accept the points. 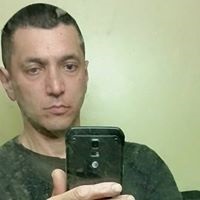 Sergey Arustamov
Hello I am from Russia.

filmnut
So everyone is catching on Flags, Dogs and Postal Abbreviations make easy questions.

filmnut
Isn’t it funny: The Flags of England, France, Russia and the United States all are Red, White and Blue. Vimal Banja
Yet again A picture is worth a 1000 words
Author:
David Wilkes
Writer