Which of these flags is not a tricolour?

The national flag of Latvia was used by independent Latvia from 1918 until the country was occupied by the Soviet Union in 1940. Its use was suppressed during Soviet rule. On 27 February 1990, shortly before the country regained its independence, the Latvian government re-adopted the traditional red-white-red flag.

Though officially adopted in 1923, the Latvian flag was in use as early as the 13th century. The red colour is sometimes described as symbolizing the readiness of the Latvians to give the blood from their hearts for freedom and their willingness to defend their liberty. An alternative interpretation, according to one legend, is that a Latvian leader was wounded in battle, and the edges of the white sheet in which he was wrapped were stained by his blood. The white stripe may stand for the sheet that wrapped him. This story is similar to the legend of the origins of the flag of Austria.

teresab
I white isn&#39;t a colour why is it always included in paintboxes?

Cari G.
The Canadian flag also has only 2 colours

Louella Wilson
Fred Zeb Fudpucker, red and white are only 2 colours. The fact that they are in 3 horizontal stripes (red white red) does not make it TRI colour.

Fred Zeb Fudpucker
Latvian flag is red/white/red. I got it wrong, too, but not because &quot;white is not a color&quot;. 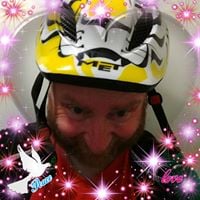 Carl Renouf
Vimala Padmaraj, unsure why you have decided the question and answer are incorrect. Tricolour, three colours. The Latvian flag has two colours, whilst all the other flags have three colours. Vimala Padmaraj
I FOUND THEY ALL HAVE WHITE IN THEIR FLAGS AND THAT TOO CONSTITUTES A COLOUR. BOTH QUESTION AND ANSWER ARE INCORRECT.

filmnut
That ansewer was what I always talk about. I knew which ones it wasn’t.
Author:
Carol Whites
Writer