Which of these is a seal or signature of a sultan that was affixed to all official documents?

A tughra is a calligraphic monogram, seal or signature of a sultan that was affixed to all official documents and correspondence. It was also carved on his seal and stamped on the coins minted during his reign. Very elaborate decorated versions were created for important documents that were also works of art in the tradition of Ottoman illumination.

The tughra was designed at the beginning of the sultan's reign and drawn by the court calligrapher or nişancı on written documents. The first tughra belonged to Orhan I (1284–1359), the second ruler of the Ottoman Empire and it evolved until it reached the classical form in the tughra of Sultan Suleiman the Magnificent (1494–1566).

Tughras served a purpose similar to the cartouche in ancient Egypt or the Royal Cypher of British monarchs. Every Ottoman sultan had his own individual tughra. 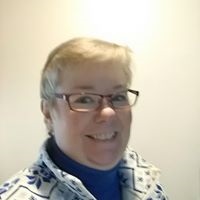