Which of these is one of the heaviest living flying birds?

The great bustard ('Otis tarda') is a bird in the bustard family, the only member of the genus 'Otis'. It breeds in open grasslands and farmland from northern Morocco, South and Central Europe, to temperate Central and East Asia. European populations are mainly resident, but Asian populations migrate farther south in winter. It has been listed as Vulnerable on the IUCN Red List since 1996.

Portugal and Spain now have about 60% of the world's population. It became extinct in Great Britain when the last bird was shot in 1832. Recent attempts to reintroduce it into England have met with some success and there is a population of 40 birds on Salisbury Plain, a British Army training area. Here the lack of public access allows them the freedom needed as a large ground-nesting bird.

The huge adult male great bustard is amongst the heaviest living flying animal. 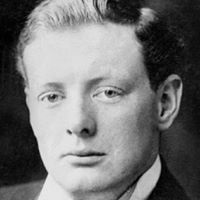 Doug Wiltshire
The points ladder is very annoying. Please stop. I play for fun. There&#39;s enough competitive things out there. The top screen is adequate. Thanks.

David Coe
All that information but doesn&#39;t give us any indication HOW HEAVY they can be !

Richard
Is it bigger than a condor, albatross djaiudijr
Doug Wiltshire, Way to go olde boy, you tell&#39;em! I feel that way at times, too. Good going.

teresab
Andy Johnson, Up to 20 kilos. Andy Johnson
So..how much does the bird weigh?? Kind of missed the point ,don&#39;t you think? If it is HEAVIEST ..what is it? Looks like another FAKE NEWS CNN announcement. Colin Smyth
Doug Wiltshire, you switch it off ya Snowflake. Mike Finley
Darlene Davidson, there is a button to turn it off. It is small and at the bottom.

Albeck1994
Carmel Herbert, and that is the heaviest so question is flawed

Brad Schwebler
There are a number of heavier birds.

Christopher J Voce
Bustard of a question, that one. Stop whinging and pay attention everybody, there’s a box you can tick if you don’t like or want it.
Author:
Carol Whites
Writer