Which of these is smaller than an asteroid and considerably larger than an atom?

A meteoroid is a small rocky or metallic body in outer space.

Meteoroids are significantly smaller than asteroids and range in size from small grains to one-meter-wide objects. Objects smaller than this are classified as micrometeoroids or space dust. Most are fragments from comets or asteroids, whereas others are collision impact debris ejected from bodies such as the Moon or Mars.

In 1961, the International Astronomical Union (IAU) defined a meteoroid as "a solid object moving in interplanetary space, of a size considerably smaller than an asteroid and considerably larger than an atom".

Almost all meteoroids contain extraterrestrial nickel and iron. They have three main classifications: iron, stone, and stony-iron. Some stone meteoroids contain grain-like inclusions known as chondrules and are called chondrites.

John Moore
A Tektite is a small black glassy object found in numbers over certain areas of the earth&#39;s surface, believed to have been formed as molten debris in meteorite impacts and scattered widely through the air. That&#39;s considerably larger than an atom and much smaller than an asteroid. Even more ludicrous now isn&#39;t it

John Moore
Tektite is a correct answer - this question is ludicrous Deborah Koreneff
ALL of them are bigger than an atom.

sativa
There is more than one correct answer to this question.

David Colloby
MORE THAN ONE ANSWER IS CORRECT

Pat Salloum
Why are questions with issues not removed??

John Moore
Objects smaller than this are classified as micrometeoroids or space dust, all of which are larger than atoms. It is still ludicrous

David Coe
But, is it bigger than a bread box?

Marianne Frederick Halterman
Is Oumuamua a Meteorite, do you think?

Etagi Nagaraja ,
Agree with others , more than one correct answer !!

Irma Rivera
I agree with must of the comments!!! 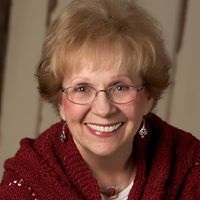 Diana DeLisle
Tektite is also correct. Why do you give two possible correct answers in your choices? Rob Deamer
Can unplug Carol then you plug her back in again please?

RJE Dobbin
what a pathetic question!! Richard Ruffner
Everything on the list is correct other than Mars. Skip Hayden
Tektite would have been correct as well.

Alan Waites
WHO exactly is vetting these questions.