Which of these is the opposite of euphoria?

Dysphoria is a profound state of unease or dissatisfaction. In a psychiatric context, dysphoria may accompany depression, anxiety, or agitation. The term is often used to refer to gender dysphoria, experienced by people whose gender identity does not align with their biological sex, and who may undergo sex reassignment surgery. Common reactions to dysphoria include emotional distress; in some cases, even physical distress. The opposite state of mind is known as euphoria.

Some drugs can produce dysphoria, including κ-opioid receptor agonists like salvinorin A (the active constituent of the hallucinogenic plant Salvia divinorum), butorphanol, and pentazocine, μ-opioid receptor antagonists such as naltrexone and nalmefene, and antipsychotics like haloperidol and chlorpromazine (via blockade of dopamine receptors), among others. Depressogenic and/or anxiogenic drugs may also be associated with dysphoria.

John McLardie
Dysphoria is not technically the opposite of euphoria. It may be considered so in the psychiatric world, however the antonym of euphoria is simply depression.

Chrissie
Explanation should have given details of the other options, not just a ramble on drug-induced dysphoria.

Chrissie
Brad Schwebler, that assumes that pleasure produces happiness, which is not always the case.

joycekingsmith
Good one, David Wilkes. Pay no attention to cry babies. They&#39;re mad &#39;cause they missed it.

allysweets
Either dysphoria (sadness) or anhedonia (loss of interest in usually pleasurable activities) is a diagnosis of major depression.

Chris Braun
Yup, could just as easily be anhedonia, but ultimately chose dysphoria. 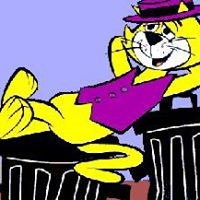 John Sanders
John McLardie, I thought the opposite of depression was elation?

Annie
Got it - however I can honestly say I have never used this word and there is a very low probability that it will be used in my future!😁 karen twirly
Chose anhedonia like the others, so I disagree with this answer.

jack patti go
Missed this one!

LunaAtlas
True trivia...not complicated scientific mumbo jumbo like we get most of the time.

Brad Schwebler
Euphoria is happiness. Anhedonia is lack of pleasure. Sound like opposites to me.
Author:
David Wilkes
Writer