Which of these islands is not part of the UK?

Anglesey is in Wales. North Ronaldsay is the northernmost of the islands of Orkney (in Scotland) and Tresco is one of the Isles of Scilly (in England).

Ian Swindale
Jersey has never been part of the United Kingdom, not is it in the EU. It is part of the British Isles, just as the Isle of Man and Guernsey are - they also are not part of the UK. I lived there for over 30 years. I&#39;m afraid those who disagree are respectfully wrong

John McLardie
All those people who think the answer is wrong - get a life. The Channel Islands (Jersey, Guernsey, et al) are Crown Dependancies OUTSIDE UK territory. They are, in fact, the sole remains of the Duchy of Normandy (a title reserved to the UK monarch). The UK Parliament is only responsible for defence, diplomatic representation and citizenship. Although not recognised as sovereign states in international law they might as well be since Westminster has, in fact, little power over the islands. The Isle of Mann is in an even more peculiar situation having been, at one time, part of the Kingdom of Norway, and the Kingdom of Scotland (ceded by treaty from Norway) and then a possession of the English Monarchy (but not part of the Kingdom of England). After the formation of the United Kingdom in 1707 the Isle of Man, in 1765, became &#39;vested&#39; in the British Crown. As such it is also OUTSIDE UK territory as a Crown Dependancy. In both cases the UK Govenment CANNOT peremptorily remove the respective governements of the Isle of Mann (Tynwald) or of the Bailiwicks of Jersey or Guernsey (the States). Westminster CAN, however, summarily dismiss the Lieutenant Governor who is the representative of the UK Monarchy. 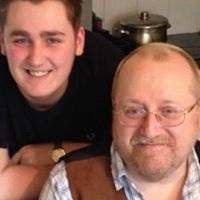 Andrew King
Tresco is in Sicily, how come it was an option as well,

Chriss Crockford
We took the ferry to Jersey, it took almost 12 hours, the weather was horrendous. Nice Island, going home the journey was over 10 hours. Lesson learned, we flew to Guernsey. The answer is correct.

Chris Braid
Good question that for some reason I got wrong. I went for Jersey even though I was sure it had never been part of thecUK,😢

Karin Johansson
Allen Lerch, maybe you should think before you comment

Karin Johansson
Joseph A. Robitaille, and stop screaming like a little toddler

Karin Johansson
Joseph A. Robitaille, actually Jersey has never been owned by UK. Do research before you start whining.

Karin Johansson
red jim pa, no they are not. Learn something before you complain Helen Keen
Learned something. I did not know that about Jersey
Author:
Frank Cowell
Writer