Which of these movies has Natalie Wood not been in?

Natalie Wood was born July 20, 1938, in San Francisco, California, as Natalie Nikolaevna Zakharenko. Her parents were born in Russia, and barely spoke English. They changed the family name to Gurdin after becoming U.S. citizens. Natalie appeared in her first film in 1943.

Natalie received her first Academy Award nomination in 1955 for 'Rebel Without a Cause." She began work on "Brainstorm" in 1981, but did not live to see it released. She drowned while on a sailing trip with her husband, Robert Wagner, on November 29, 1981.

Noreen Kelly
Great Actress did pick the 1983 movie because I didn&#39;t think Natalie ever completed her work in it!

Jacqueline Tattam
Linda Walker, most of Natalie Woods’ scenes had been shot in 1981 - the director had to retweak, reshoot and finally release in 1983. Apparently it was very, very difficult for all involved especially as Christopher Walken who played her on-screen husband was also present on the boat when she drowned.

Richard D. Boyle
Doug Hudson, No one is saying that Brainstorm (made in 1981-82 and released in 1983) is the correct answer so what is the problem? The correct answer, The Collector, was released in 1965. It’s not unusual that, for a variety of reasons, a film is finally released years after the beginning of shooting.

budderdudder
She was in the midst of making the Movie Brainstorm with Christopher Walken as the Male lead, he was invited on the Yacht, the night of the &quot;accident&quot;, for a weekend &quot;getaway&quot;, &quot;sources&quot; believe there was an affair between Wood and Walken and Wagner flipped out on the Yacht, drunk, and &quot;who knows&quot; what really happened. Saw a Documentary on 20/20 about the tragedy and suspicion around Wagner.

Patricia Calvert
Got It

Robin Heckler
like most who chose Brainstorm, I believed she was already dead before it was made. This was her last on screen performance though and released after her drowning death. Very tricky question Sandra. Well done. You taught us a bit about an amazing actress. 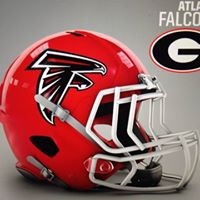 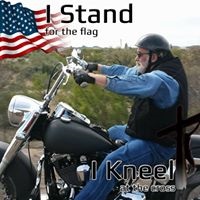 Doug Hudson
This question for me is wrong as natalie wood died in 1981. Therefore she could not possibly have been a 1983 movie.

Clayton Dean Brannon
Such a loss of a great talent. The movie Collector with Terrance Stamp is a classic. If you have not seen then you must. To me &quot;Inside Daisy Clover&quot; was Natalie Woods best performance. The ending is one of the all time greatest endings to a movie.

William Laughlin
CaliBatchick , A bit of the pot calling the kettle black considering your own comment.
Author:
sandra ziesmer
Writer