Which person of those named was the real life leader of the New York City gang the “Bowery Boys”?

William Poole (July 24, 1821 - March 8, 1855) was the leader of the 'Five Points New York City' gang, the “Bowery Boys”. He was the inspiration for the character of William "Bill the Butcher" Cutting (portrayed by Daniel Day-Lewis) in Martin Scorsese's 2002 film "Gangs of New York".

The most well-known of the New York street gangs was the “Bowery Boys”. Other gangs included in the “Bowery Boys” were the “American Guards”, “Atlantic Guards”, “True Blue Americans”, and the “Order of the Star Spangled Guard”. These gangs were composed of nativists who were opposed to encroachment of Irish based gangs due to immigration caused by the Great Famine in Ireland. Street gangs, like the “Bowery Boys”, were bound by ethnic ties or nativist belief; the members tended to be deeply patriotic, and a common thread was the belief that the country was pretty well full up so that newcomers were not welcomed. William Poole was active in the “Know Nothings”, an American nativist political party whose goal was to organize native-born Protestants to defend and preserve their traditional religion and political values.

“The Dead Rabbits” were an Irish-membership gang led by John "Old Smoke" Morrissey. Their biggest rivals were Poole's “Bowery Boys” gang. Morrissey, despite being instrumental in Poole’s shooting and death, would later become a Democratic State Senator and member of the U.S. House of Representatives who vigorously represented Irish-American Roman Catholics.

Criona Walsh
Missed, thanks for the info 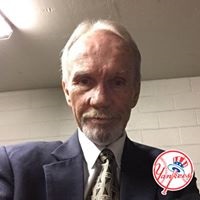 James Jefferson
I had the right answer and the wrong answer. What’s up with that?
Author:
JodobeHD
Writer