Which state has as its official nickname "The Peace Garden State"?

North Dakota is the 39th state of the United States, having been admitted to the union on November 2, 1889. It is located in the Upper Midwestern region of the United States, bordered by the Canadian provinces of Saskatchewan and Manitoba to the north, the states of Minnesota to the east, South Dakota to the south, and Montana to the west. The state capital is Bismarck, and the largest city is Fargo.

The picture is the International Peace Garden in North Dakota. It shows the symmetry of the gardens running down the international border between North Dakota and Canada (in the center); photo by Presley Perswain (wasme) on Flickr (noncommercial use permitted with attribution / share alike).

Other nicknames for the state are "The Roughrider State" and "The Flickertail State."

Richard D. Boyle
I guess that’s what I get for responding in two seconds to a question that is accurate and truly trivial. Toni Tanouye
The garden State is NJ!!! Quite misleading question!

H S Hotchkiss
I would have thrown Georgia into the “wrong answer” mix. anthonygriffin
Joanne M Medina, it&#39;s nice to know that I&#39;m not the only person reading the question &amp; write-up of both with some clarity. 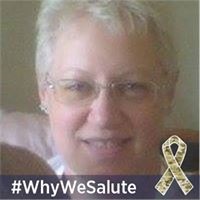 Larry Petitt
The International Peace Garden was dedicated on July 14, 1932. The nickname was made official by the North Dakota legislature in 1957