Which type of vessel is in the picture?

A catamaran is a multi-hulled watercraft featuring two parallel hulls of equal size. It is a geometry-stabilized craft, deriving its stability from its wide beam, rather than from a ballasted keel as with a monohull sailboat. Catamaran is from a Tamil word, kattumaram, which means "logs tied together".

Catamarans typically have less hull volume, smaller displacement, and shallower draft (draught) than monohulls of comparable length. The two hulls combined also often have a smaller hydrodynamic resistance than comparable monohulls, requiring less propulsive power from either sails or motors. The catamaran's wider stance on the water can reduce both heeling and wave-induced motion, as compared with a monohull, and can give reduced wakes.

Catamarans range in size from small (sailing or rowing vessels) to large (naval ships and car ferries). The structure connecting a catamaran's two hulls ranges from a simple frame strung with webbing to support the crew to a bridging superstructure incorporating extensive cabin and/or cargo space.

Shelley Welch Dunivan
Not what I picture as a Kat . Looks more like a paddleboat to me. Got it right anyway, since Kat was the best option.

Cari G.
Poor choice of picture, but it did get the message across

vonlora
it is a boat - a hole in the water into which you pour money. Paddy Walsh
the vessel featured is a PEDALO !! 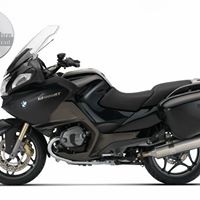 Tony Ewins
Eric Roels, Never seen a cat that could ride a bike either

hector tubens
Lucky guess but good information regarding the catamaran.

Joseph A. Robitaille
A really bad picture and answers.

Robert Henderson
I would have called it a pedalo Brian Lethbridge
That was a pedalo
Author:
David Wilkes
Writer