The phrase "evil empire" had been widely used in American culture of the 1970s (literature, cinema, music) to refer to the Roman Empire, the Third Reich and other "evil" nations. It got a new meaning after the famous speech by Ronald Reagan addressed to the National Association of Evangelicals in Florida.

Reagan called for a rollback military strategy, which was meant to put an end to the Soviet history. The President took an aggressive stance and wanted the US to match and exceed the Soviet military capabilities. Reagan's statements displeased Soviet leaders and represented the rhetorical side of the escalation of the Cold War.

After the speech "evil empire" became a political cliché . I chose this picture because it represents the term "empire" via Star Wars.

Jim Moser
The Evil Empire speech should be required reading for all of the current government officials. It should be aired again on all the major TV networks. I read it after answering the question. It was truly an inspiring speech by a good man and a great president. Thank you for this question.

Marian Spitzig
Great speech that brought the demise of the USSR.

Linda Spreng
Please, people, reject any quiz question that can - in any way - be misconstrued as a political statement. Those commenting seem to be bound and determined to turn any query as an excuse to attack those that do not agree with them. Whew ... I guess I was better off not reading any of the comments! 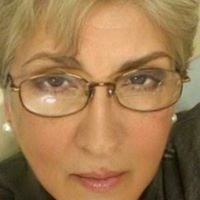 Grandma Rosie
Linda Spreng, people expressing their opinions are not attacking anyone. They&#39;re using their rights as provided by the first amendment. At least in this thread every comment seems respectful and they&#39;re not trying to change anyone&#39;s mind. It&#39;s become the norm now for people to try and silence anything they don&#39;t like. The art of public debate and polite discourse no longer seem to be viable methods of communication.

rebeccaslisher
Lola, Reagan didn&#39;t help the poor and Trump is no better either.

dlh
I do not care what anyone says, I loved and miss Ronald Reagan as a President. I felt good about being an American during his term because he loved America totally and wanted good for all.

Donna Smith
I missed the correct answer but THESE DAYS..WHO REALLY BELIEVES IN POLITICS.

Cheryl McMeekin
I agree with you Linda Spreng!!!

Carroll Price
The term, Evil Empire was chosen to appeal to Christian Fundamentalist (the Silent Majority) who supported and worshiped Ronald Reagan as some sort of demi-god.

krkyates
I confused it with the Axis of Evil...silly me.

Dib Hopkins
Linda Spreng, well said. getting off facebook for the upcomingpolitical season.

Corey Taylor
&quot;They preach the supremacy of the state, declare its omnipotence over individual man, and predict is eventual domination of all peoples on the Earth. They are the focus of EVIL in the Modern World!&quot; Then it was Communism, now it&#39;s liberalism. Thomas DeLeo
Hillary wanted to RULE us with her Evil Empire if she won .
Author:
blkstang
Writer