Which United States city has been hit by the most tornadoes as of 2018?

The answer is Oklahoma City, says Brent McRoberts of Texas A&M University. “Oklahoma City is almost in a class by itself when it comes to tornado activity,” he explains. “According to the local National Weather Service office, the capital of Oklahoma has been hit more than 140 times since records began in the early 1890s. There seems to be no explanation other than Oklahoma City is smack in the middle of Tornado Alley, and conditions in and around the town are perfect for tornado formation during the spring months.

Tornado Alley is a colloquial term for the area of the United States (or by some definitions extending into Canada) where tornadoes are most frequent. The term was first used in 1952 as the title of a research project to study severe weather in areas of Texas, Oklahoma, Kansas, South Dakota, Iowa, Illinois, Missouri, Nebraska, Colorado, North Dakota, and Minnesota. It is largely a media-driven term although tornado climatologists distinguish peaks in activity in certain areas and storm chasers have long recognized the Great Plains tornado belt.

larrywagner
Renee Shirley, I see you&#39;ve written a few questions. How about some more on the history of Amarillo?

Carl Belken
Fred Mayes, I once asked someone from OK as to why there were so few homes with storm shelters. He just grinned and said &quot; That&#39;s because rattlesnakes like to hide in them, Some folks would rather face a twister, than share a shelter with a snake!&quot;

ninakamwene
Got it. Don&#39;t feel bad Oklahoma City, we have earth quakes in Los Angeles City. 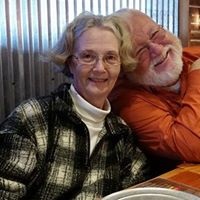 Fred Mayes
We live in OKC and the first thing we did when we moved here was to buy a storm shelter. I missed this question since I figured the correct answer was Moore, OK which is just north of Norman. I picked Norman. BTW, haven&#39;t had to use the storm shelter since we got it 4 years ago. More bothersome has been earthquakes, although that has diminished greatly also. Tom Clause
It is one of the largest in area (Square miles) in the US. Thus, it is a huge target.

George Oliver Prince
Some good answers on here, since this whole area is tornado central

Joseph A. Robitaille
It has been in the newspapers and on TV..

majohnson
But Texas had the most.

pamela h
Use to live in Wichita, KS. Tornadoes are pretty nasty. Thought I was going to blow away one day. It hit the trailer houses a block away from me. Too close for comfort

Don Racette
Renee Shirley Amarillo is famous for having Renee Shirley as the most popular woman in the state of Texas!

scottlarock
Renee Shirley, I had a good army friend that called Mobedi home...haven&#39;t seen him in 35 years...we called him &quot;Tex&quot;...imaginative lot, we were...

scottlarock
I&#39;m in the upper right corner of tornado alley...I have never seen one, and don&#39;t want to, either...I leave that to those storm chasers...

Carolyn Brior
Although Norman is smack up against Oklahoma City and probably gets the same number of tornadoes per square mile, I picked Oklahoma City because it is a bigger target. Renee Shirley
Thanks for listing my hometown of Amariilo,Texas as a choice. I knew it was not the correct answer, but I always enjoy seeing it mentioned.
Author:
RCW
Writer