Which weather phenomenon translates from Spanish for little boy?

'El Niño' is the warm phase of the 'El Niño Southern Oscillation' (ENSO) and is associated with a band of warm ocean water that develops in the central and east-central equatorial Pacific (between approximately the International Date Line and 120°W), including the area off the Pacific coast of South America.

Developing countries that depend on their own agriculture and fishing, particularly those bordering the Pacific Ocean, are usually most affected. In American Spanish, the capitalized term 'El Niño' means "the boy".

In this phase of the Oscillation, the pool of warm water in the Pacific near South America is often at its warmest about Christmas. The original name of the phase, El Niño de Navidad, arose centuries ago, when Peruvian fishermen named the weather phenomenon after the newborn Christ. 'La Niña', chosen as the "opposite" of 'El Niño', is American Spanish for "the girl".

Chrissy Krainock Luders
Reminded me of Chris Farley on SNL reporting the weather, that “El Niño stands for ....the Niño”

Louella Wilson
Fishermen off the west coast of South America were the first to notice appearances of unusually warm water that occurred at year&#39;s end. The phenomenon became known as El Ni&#241;o because of its tendency to occur around Christmas time. El Ni&#241;o is Spanish for &quot;the boy child&quot; and is named after the baby Jesus.

Susan Lake-Harris
It has a big impact on rain and drought patterns in Australia.

Peter Robertson
Brings rain and unsettled weather to us in NZ

krkyates
Of course you only gave one Spanish Clue.

karen twirly
Don&#39;t even have to know Spanish for that one. 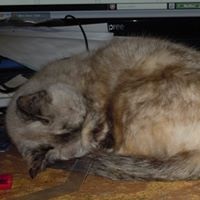 George R Daffer
Spanish for The Child not little boy.

Alan Waites
interesting system, its goes in waves, warmer weather rising from the south and colder weather moving down from the north.