Which well-known landmark of Italy is hidden in the picture?

The Leaning Tower of Pisa or simply the Tower of Pisa is the campanile, or freestanding bell tower, of the cathedral of the Italian city of Pisa. 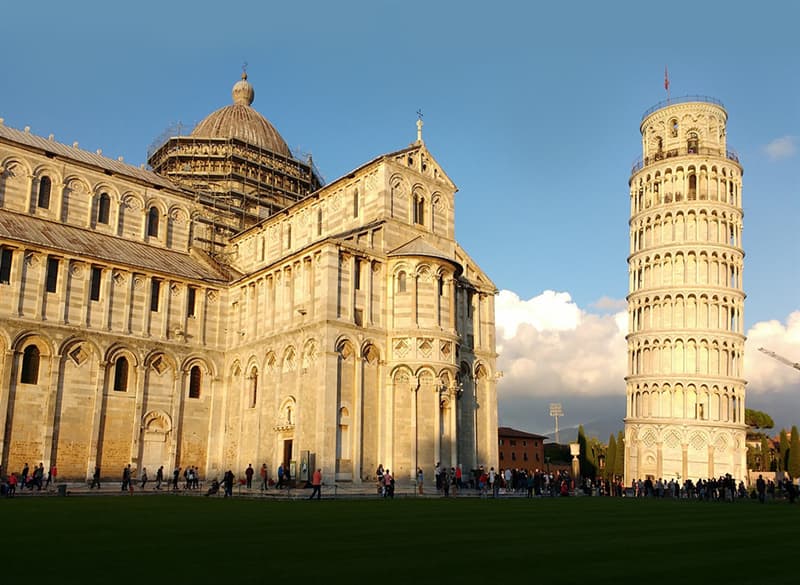 The tower is known worldwide for its nearly four-degree lean, the result of an unstable foundation. The tower is situated behind the Pisa Cathedral and is the third oldest structure in the city's Cathedral Square (Piazza del Duomo), after the cathedral and the Pisa Baptistry.

The tower's tilt began during construction in the 12th century, due to soft ground on one side, which was unable to properly support the structure's weight. The tilt increased in the decades before the structure was completed in the 14th century. It gradually increased until the structure was stabilized (and the tilt partially corrected) by efforts in the late 20th and early 21st centuries.

Phil Kennelty
Who else saw this question right after showing the same picture in the question before?

Alicia Thompson
It was hidden in plain sight

Mary Ann Pathmann
Terry Bryan Hannagan, I did too. It was a rainy day, and I thought I would slide off.

Corey Taylor
That&#39;s an accomplishment. This tower has been leaning for over 800 years, and it hasn&#39;t fallen over. Kinda reminds me of my mother-in-law!

Bob Fowler
We have been there , stayed and toured around Tuscany , beautiful .

Carl Belken
tesla alset, No it was the leaning tower of pizza.

larrywagner
The leaning blackout was a give away.

John Bateman
Was looking at it two weeks ago....