Who are the Rohingyas?

The Rohingya are Indo-Aryan peoples from the Rakhine State, Myanmar (Burma) , who speak the Rohingya language. Muslims have settled in Rakhine State (also known as Arakan) since the 16th century, although the number of Muslim settlers before British rule is unclear. As of 2013, about 1.3 million Rohingyas live in Myanmar. They reside mainly in the northern Rakhine townships, where they form 80–98% of the population. International media and human rights organizations have often described Rohingyas as one of the most persecuted of minorities in the world.

Denise Currie
Presently undergoing ethnic cleansing and slaughter. All in the name of religion

James Webb
Denise Currie, Burma wants to retain its Buddhist identity, not go the way of Indonesia . Malaya and Northern India, Nobody criticizes Japan from literally banning Islam. But quick to attack China for its anti Islamic stance. If there was a peoples vote in Europe ,Islam would be banned there as well.

deborahpmercer
Treated dreadfully. That Nobel Peace Prize should be revoked! Abdul Baloch
Love for all, hatred for none. Please accept the facts on the ground by different groups including Buddhist Burmese journalists, and they were put in the jail and were put on trial. Please respect humanity.

Barry Crews
You can use the word &#39;persecuted&#39; to describe them, but also don&#39;t close your eyes to the fact they are doing the same as transient moslems elsewhere - killing Buddhist monks and Burmese police and civilians and burning property. They should all be driven back to Bangladesh if they aren&#39;t prepared to live in unity.

Satish Chandran
After the defeat and rout of Moghul kingdom in India,the surviving Mughals were driven out of India to Burma by British. Joseph Brandt
Win some loose some and some you find out very intertaining and informative a great knowledge tool. charles buckner
Great question...and informative. Will be doing more research on this one. Phyllis Ollar Goodwin
Interesting question and I did learn something new. 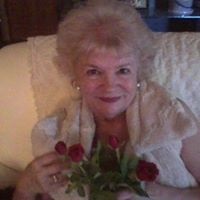 Gail Thomas
Why are they the most persecuted minorities in the world ?
Author:
Frank Cowell
Writer