Who first wrote: "Oh! what a tangled web we weave, When first we practice to deceive!"?

The quote "Oh! What a tangled web we weave, when first we practice to deceive" refers to how complicated life becomes when people start lying. It originally referred to a love triangle in the play “Marmion” by Sir Walter Scott.

Marmion; A Tale of Flodden Field (published in 1808; 209 years ago) is an historical romance in verse of 16th-century Britain, ending with the Battle of Flodden (1513), by Sir Walter Scott. It was published in Edinburgh, printed by Ballantyne and Co. for Archibald Constable.

Although the book was a huge and lasting commercial success in both Britain and the United States, it did not find favour with contemporary critics. The introductory letters to Scott's friends, which open each canto, were dismissed as unwarranted intrusions. A hero as flawed as Marmion was also unwelcome at this time and the story was criticised for its obscurity.

Sir Walter Scott, 1st Baronet, (15 August 1771 – 21 September 1832) was a Scottish historical novelist, playwright and poet. Many of his works remain classics of both English-language literature and of Scottish literature. Famous titles include Ivanhoe, Rob Roy, Old Mortality, The Lady of the Lake, Waverley, The Heart of Midlothian and The Bride of Lammermoor.

Gery Tillmanns
I thought it was Vincent Price!

filmnut
What makes people think that William Shakespeare wrote everything ? 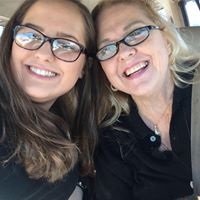 leiertaylo
Wow, that was a Good One!

nannybon
After I got it wrong I looked it up. Walter Scott is correct.

deborahpmercer
Good question and I actually had the right answer in the memory bank!

Peter Robertson
filmnut, They say half the famous quotations come from the works of Shakespeare or the Bible,so old Shakes is always a good guess! Margaret Joseph
2 questions in a row that I pressed the correct answer and the wrong one appeared. Ugh!

Corey Taylor
filmnut, Because he&#39;s the most ripped-off writer in history! Sally Newman
No! This is a quote from King Lear.

Sue Grayson
I would have said Oscar Wilde

Louise C.
Elsie Pike, In American English the word practice is the verb and the noun

Jon Woolery
For years I had thought it was Shakespeare, but a couple years back my youngest sister set me straight on that matter. So I got it right. Kenneth Dallas
Refreshing to have a quote that was not written by Shakespeare.