Who invented the Cotton Gin?

The machine is known as the most important invention of this outstanding person, though he had many other projects as well (for example, milling machine). Before the invention of the device, people had to do the monotonous work by hands. Workers also used some primitive tools but, actually, these tools didn't make the job easier and very often the seeds were mixed with fiber. It was really a Sisyphean task.

The invention was patented in 1794.

What are your thoughts on this subject?
135 Comments 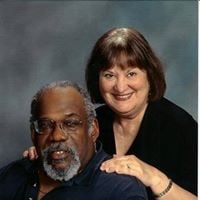 fdupr
It was actually invented by slaves but because the laws would not give them rights or allow them patents, the slave owner(s) get the credit. http://www.aaregistry.org/historic_events/view/cotton-gin-patented

Mike Dorman
No, Whitney was the sole original inventor. He was Caucasian. While visiting in the South, he met with several businessmen who were complaining that the job of picking seeds out of upland (&quot;short staple&quot;) cotton was so labor intensive that the expense in time and labor was only marginally worth the trouble. Whitney constructed several ingenious household devices which led his hostess to reintroduce him to the businessmen who were discussing the desirability of an &quot;engine&quot; to separate the cotton from its seeds. In a few weeks Whitney produced a model. His original intent was to &quot;franchise(before that term had meaning) the gins and that planters would bring cotton to the gins, paying for the operation with 2/5 of the total cotton cleaned. Ripping Whitney off, for what seen was a fairly simple machine to dulplicate, led to charges of patent infringment, as Whitney should have patented first, demonstrated second. Eventually several Southern States actually paid Whitney because of the huge number of &quot;knock offs built, as it was actually a simple machine. Getting out of the business because copies were so prevalent, and patent infringement so hard to prosecute, he turned his attention into securing contracts with the government in the manufacture of muskets for the newly formed United States Army. He continued making arms and inventing until his death in 1825. Had it not been for Whitney, upland. And no, &quot;fdupr&quot;, slave owners don&#39;t get the credit, Whitney from Connecticut did and does.

Larry Freeman
Actually, in reading your provided source authority, I noted that there are 3 &quot;may have&#39;s&quot; which would rightfully change your assertion that the cotton gin WAS invented by slaves and was stolen by Whitney to &quot;might have been&quot;. Of significant import is the quote from the source &quot;this claim remains impossible to prove&quot;. I&#39;m not saying that the idea wasn&#39;t borrowed and improved upon before being patented, which the article suggests; I am saying that you are incorrect in stating that &quot;it was actually invented by slaves&quot;. You don&#39;t know that to be the case and your thesis is derived from the writings of two Afro-American women and restated by an Afro-American man in the Afro-American Registry Bulletin which may, or may not, indicate a racial bias. James Nichol
It is my understanding that he would ask the slaves for ideas on how best to separate the seeds. Using his and their ideas he started building the machine and refined it using their ideas.That&#39;s the way how it work in industries today. Some of us are idea people and some of use are the builders of those ideas.

Bill Coe
Larry Freeman As Bewley Steve said earlier, these questions that start, &quot;Who invented...&quot; should more logically and properly be asked as, &quot;Who got the first patent for...&quot; Then, the answer would unquestionably be Eli Whitney. Armadillo
The milling machine is not a replacement for good people.

Armadillo
Armadillo, I believe it was both.

Noelito
Larry Freeman, We can just as easily turn this around to similarly suggest that these 3 &quot;night have been&quot; sources MAY ALSO &quot;indicate a racial bias&quot;; historical consistency abounds in this context &#128580;

Roselyn L Prollo
Eli Whitney with the help of Catharine Greece invented his cotton gin in 1793.

Player
Chrissie, one of the few answers without a linked source either

Chrissie
Terrible &quot;explanation&quot;. It tells me neither what a cotton gin is, nor who Eli Whitney was. Debbie Rose
Slavery was on the decline until the cotton gin, a singular instance where technology actually increased slavery